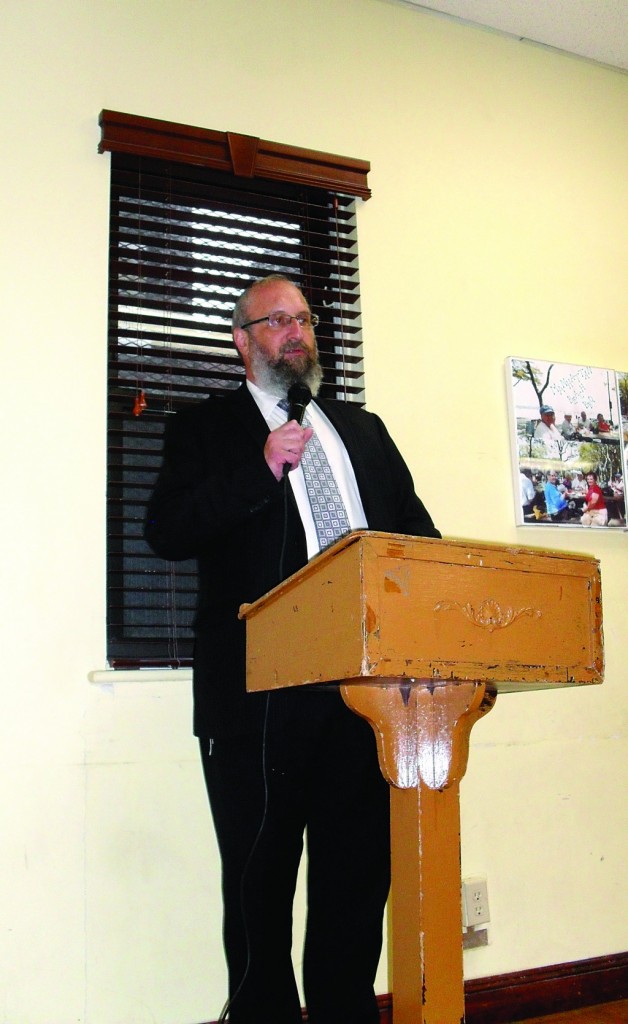 On Monday night, residents of Boro Park participated in an event aimed at educating the community about the growing risks of identity fraud. The event, held at the Boro Park Y, was co-sponsored by the Y and the Boro Park Jewish Community Council.

The event featured a speech and an extended Q&A session and discussion with Richard Farrell, unit chief in the Rackets Division of the Brooklyn District Attorney’s office. Farrell was introduced by Rabbi Yeruchim Silber, executive director of the Boro Park JCC.

While most people are aware of certain ways that thieves steal people’s identity, Farrell began his presentation by listing several types of identity theft of which many people are unaware. “According to national statistics, the most common use last year for stolen identity information is tax fraud. Identity thieves are filing false tax returns to get refunds, and then, when the real person files taxes, he is told, ‘You already filed; we already sent you your refund.’”

The most important anti-fraud tool, emphasized Farrell, is prevention: Don’t allow the thieves to obtain your data in the first place. People frequently give out their personal data much more freely than they would let go of a personal item. “[Treat] your information like you would treat your wallet, watch, or purse,” advised Farrell. “Don’t just give it away for the asking.”

Furthermore, Farrell advised that banks and the IRS do not ask for your personal data in an email; if you receive an email asking you to confirm personal data, it is a trap from an identity thief.

“If you must give out your information, do it on your own terms,” he advises. Rather than responding to a request for information on a phone call or email, the customer should call the bank or credit card company’s phone number on his own; that way, he can be sure he is actually speaking to his bank, and only then should he give out his information, if necessary.

Farrell also advised that you should not carry around personal information, like a social security card, in your wallet. And customers should check their bank and credit card statements carefully for transactions they do not recognize, and obtain a copy of their credit report; you can obtain one for free from each of the credit reporting bureaus, every year.

However, no amount of prevention is foolproof, and once an individual suspects that he may be a victim of identity fraud, he should act quickly. “Don’t ignore flags of trouble,” warned Farrell. “Take action as soon as you see a problem; it doesn’t straighten itself out.”

Individuals who believe they may be a victim of identity fraud are advised to go to their local police station, or go to a neighborhood office of the Brooklyn District Attorney. The location of your neighborhood office can be obtained on the Brooklyn DA’s website, or by calling (718) 250-2555. The Rackets Division can be reached at (718) 250-2600.

You can obtain your credit report, or put a complete “security freeze” on your account — preventing any new credit cards from being opened or other credit-related activity — by calling the three credit-reporting bureaus.

Further information regarding identity fraud prevention and reporting can be obtained from the New York State Department of Consumer Protection at (800) 697-1220.