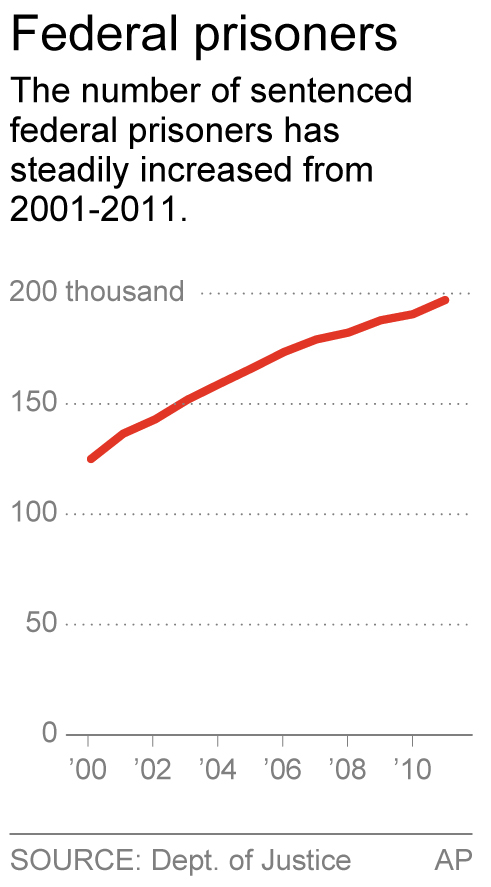 If Holder’s policies are implemented aggressively, they could mark one of the most significant changes in the way the federal criminal justice system handles such cases since the government declared a war on drugs in the 1980s

As a first step, Holder has instructed federal prosecutors to stop charging many nonviolent drug defendants with offenses that carry mandatory minimum sentences. His next step will be working with a bipartisan group in Congress to give judges greater discretion in sentencing.

There are currently more than 219,000 federal inmates, and the prisons are operating at nearly 40 percent above capacity. Holder said the prison population “has grown at an astonishing rate — by almost 800 percent” since 1980. Almost half the inmates are serving time for drug-related crimes.

The speech drew widespread praise, including from some of the people Holder will need most — Democrats and Republicans on Capitol Hill.