Business Delivery Companies Wade Back Into At Same-Day Service
Business 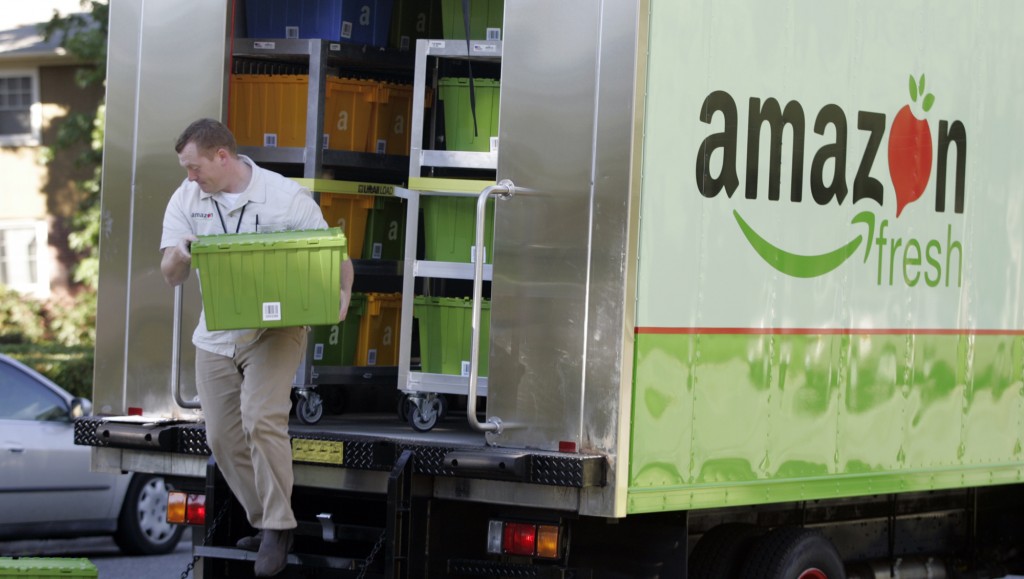 Time-strapped and convenience-hungry consumers have long dreamed of getting their dry-cleaning brought to their doorsteps with the ease of a pizza delivery.

A growing crop of companies wants to make that kind of on-demand delivery a reality, taking a fresh stab at a concept that flopped during the dot-com bubble. From established players such as Google, Amazon.com and eBay to young startups, these technology businesses are emboldened by the elimination of economic and technological barriers that stymied the first wave. While many are still testing their services, they believe they can make same-day delivery as commonplace as two- to three-day shipping.

“It’s getting hot,” Jimmy Odom, founder and chief executive of Chicago-based startup WeDeliver, said about the competition. His company, which trains people who own cars or bicycles to be couriers and dispatches them to local merchants, started testing its concept in February and launched its “beta” version in July.

WeDeliver’s goal is “to make same-day delivery standard,” Odom said. “Imagine the day I go to a website and (if) they don’t offer delivery the same day, I’m probably going to shop somewhere else.”

The “war for the last mile” into U.S. consumers’ homes is a $2 trillion opportunity, representing the amount of annual retail sales that has mostly remained offline, according to a recent report from JPMorgan. That figure includes $568 billion in grocery purchases in 2012 and $275 billion in health and personal products, for example.

Most of the companies vying for a piece of the local-delivery marketplace do not operate their own virtual storefronts or hold physical inventory – a model that proved expensive for dot-com failures such as Webvan, which delivered groceries. Rather, they sell technology that largely works behind the scenes, helping local merchants solve the logistical challenge of offering same-day delivery. Fees can vary by item and distance, with the tech companies typically taking a cut of each delivery fee.

Consumers’ and merchants’ growing comfort with conducting business online is helping pave the way. Having a large number of buyers and sellers in geographical proximity also makes the economics of same-day delivery work. That means urban residents are likely to see better availability and lower costs than those in outlying suburbs.

“The way you’re going to get local delivery down to an acceptable price point, i.e. the same price you’re going to pay for two- to three-day shipping, is to get density in the market,” said Liesl Chang, general manager of New York-based Zipments, which contracts with professional courier companies to provide delivery service for businesses and takes a cut of each job. The startup is planning to launch in Chicago by year-end.

Local-delivery companies say they’re also being helped by falling costs for technology development, such as building software tools for tracking deliveries in real-time. Companies such as Chicago-based GrubHub and New York-based Delivery.com, for example, aggregate menu information from restaurants and display it on their websites so consumers can order food online. Delivery.com recently acquired Brinkmat, a New York-based tech company that links consumers with laundromats and dry cleaners for pick-up and delivery.

“Having to ingest data from tens of thousands of merchants (is) a daunting task,” said Delivery.com CEO Jed Kleckner, who added that this technology “could not have been built 10 years ago.”

Amazon stands out in the e-commerce world for its extensive warehouse infrastructure, which is costly to replicate. The company now owns Webvan and has introduced AmazonFresh, a grocery delivery service, in Los Angeles and Seattle. It also offers Local Express Delivery in select cities. Rates start at $3.99 for gift cards.

Other companies, including Amazon’s e-commerce rivals, are jumping into local delivery while avoiding the inventory challenge by partnering with retailers that have physical locations. Google is conducting a pilot of its Shopping Express service in the San Francisco Bay Area, offering its testers six months of free, unlimited same-day delivery from local stores such as Walgreens and Staples. The company has not said how much the service will cost when it is formally launched.

EBay is planning to expand its Now service. EBay Now works with retailers such as Best Buy, Home Depot and Target. Consumers that hit a minimum of $25 for online orders pay $5 to have their goods delivered in about an hour by an eBay “valet.”

Many consumers “research online and then buy in a local store,” Dane Glasgow, eBay’s vice president of mobile & local, said in an email. “EBay Now offers a simple way for both shoppers and retailers to take advantage of this trend.”