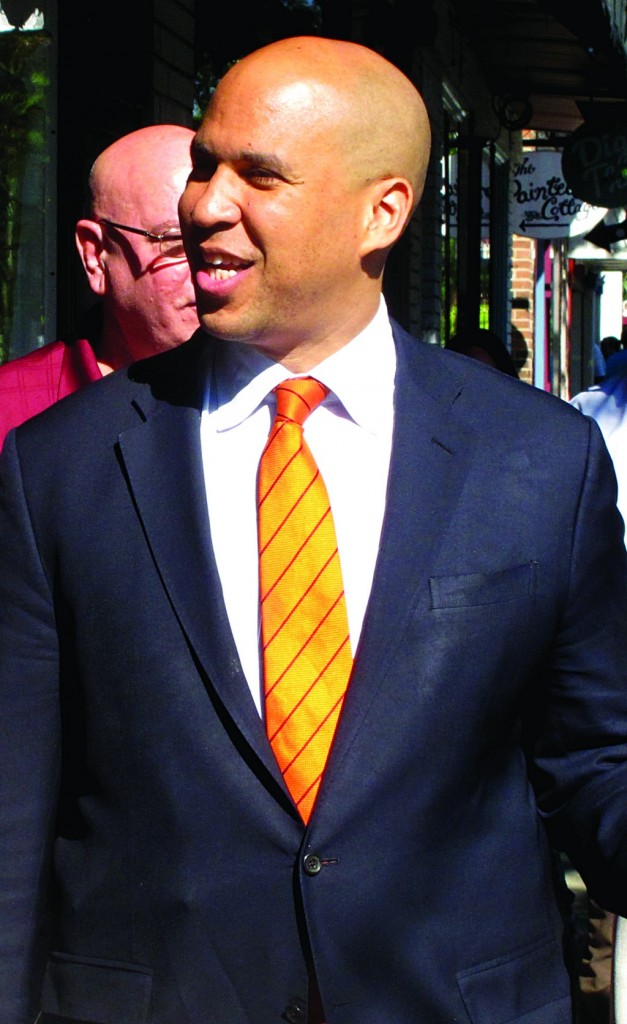 Cory Booker has been on an after-dark jog with supporters in Morristown, held a fundraiser featuring Oprah Winfrey, posed for pictures at a Collingswood restaurant, given a speech in Lawrenceville and written online about all of it.

But the ubiquitous Newark mayor has been drawing criticism from his opponents in a special U.S. Senate election for where he hasn’t been so far: campaign forums with them.

At least twice, the other three Democrats running in the Aug. 13 primary have debated without him — including last week when he chose Winfrey over one sponsored by the NAACP.

He is scheduled to appear at debates Monday and Thursday.

Booker is the front-runner in both the Democratic primary and the Oct. 16 special general election. He’s aided by a national platform, giving 90 speeches and collecting $1.3 million in fees for them, across the country since 2008. And he’s helped by a head start in the race: Booker publicly announced his interest in running for the Senate in December and started raising money for his run the next month.

But when Sen. Frank Lautenberg died in June, Booker’s preparations quickly turned into a full-blown campaign.

While he has laid out specific policy plans, including a broad approach to curtailing childhood poverty, many of his events are meet-and-greets without a specific policy message.

Overall, the race so far has been a civil one, but almost all the barbs among the candidates have been aimed at Booker. Assembly Speaker Sheila Oliver declared that she doesn’t have a sense of “entitlement” to contrast herself with Booker.

The Republicans running have also taken digs. Alieta Eck describes Booker as mayor of “the Detroit of New Jersey,” a reference to a city that struggles with poverty and crime. And Steve Lonegan has put out news releases and held news conferences — including one last week outside Booker’s campaign headquarters to criticize Booker’s stances.