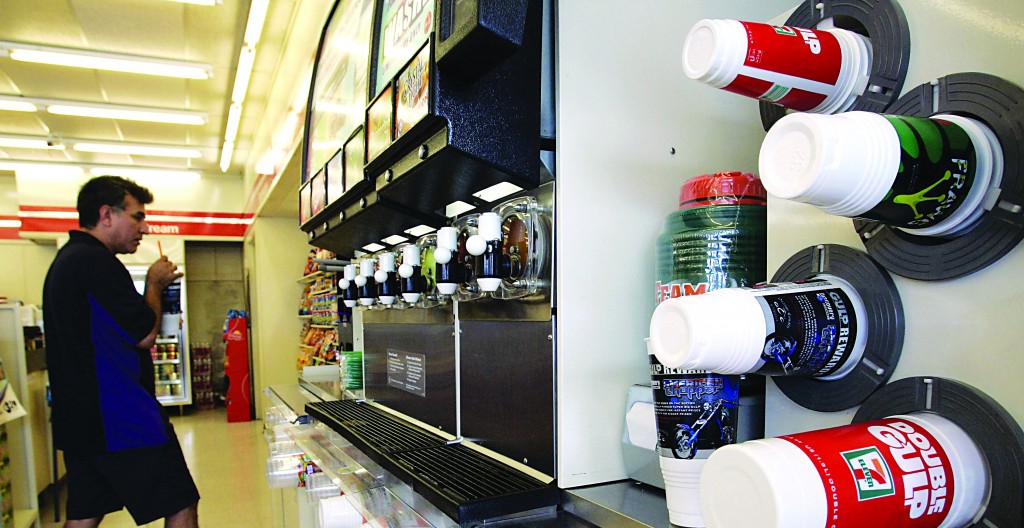 New York City’s crackdown on big, sugary sodas is staying on ice as a mid-level state appeals court ruled Tuesday that the city’s Board of Health exceeded its legal authority when it voted last year to put a size limit on soft drinks served in restaurants, entertainment venues, sidewalk food carts and many other places.

The ban, a signature public- health issue of Mayor Michael Bloomberg, would have stopped the sale of many high-calorie beverages in containers bigger than 16 ounces.

But in a unanimous opinion, the four-judge panel of the state Supreme Court Appellate Division said that the health board was acting too much like a legislature when it created the limit. It said parts of the new rules
were clearly political or economic considerations, rather than health concerns.

The judges wrote that while the board had the power to ban
“inherently harmful” foodstuffs from being served to the public, sweetened beverages didn’t fall into that category. Since soda consumption is not necessarily harmful when done in moderation, it be classified as a health hazard per se,” the court wrote.

Bloomberg, who had been derided nationally as a nanny mayor over the issue, promised a quick appeal.

“Today’s decision is a temporary setback, and we plan to appeal this decision as we continue the fight against the obesity epidemic,” he said in a statement.

Bloomberg leaves office at the end of the year, and it is unclear whether his successor will continue the legal fight. Only one candidate, Public Advocate Bill de Blasio, supports the ban. City Council President Christine Quinn, another candidate, has said she believes the city has the right to impose the ban, but wouldn’t have done it herself. All the other leading candidates oppose it.

The American Beverage Association, which had been among the groups challenging the rule, applauded the court ruling, which was the second to find that the Board of Health had overstepped its authority. A similar lower court ruling in March kept the regulation from taking effect.

“With this ruling behind us, we look forward to collaborating with city leaders on solutions that will have a meaningful and lasting impact on the people of New York City,” said Beverage Association spokesman Christopher Gindlesperger.

New York’s effort to cap soda portions has drawn national attention, including from diet companies lauding it as a groundbreaking step in America’s war on extra weight and commentators ribbing Bloomberg as a nutrition nanny.

“For the first time, this agency is telling the public how much of a safe and lawful beverage it can drink,” Richard Bress, a lawyer for the coalition of groups that challenged the regulation, told the appeals court at a hearing in June. “This is the government coercing lifestyle decisions.”

Many city residents view the drink limits as well-intentioned but too big of a reach into private conduct.

“Obesity is a big problem in our society, and that’s where all the impetus for this comes from,” said Francesca Delavega, 26, who moved to the city three years ago from Minnesota. “But I think people in New York also like being able to do whatever they want. And that’s kind of one of the things we’re known for.”

The court’s decision focused heavily on one technical area of the law — the separation of powers doctrine — and didn’t address whether the regulations would have infringed on personal liberties.

Writing for the panel, Justice Dianne T. Renwick did leave a slight crack in the door for some type of restriction on beverage sizes.

Nothing in the decision, she wrote, is intended to “express an opinion on the wisdom of the soda consumption restrictions, provided that they are enacted by the government body with the authority to do so.”