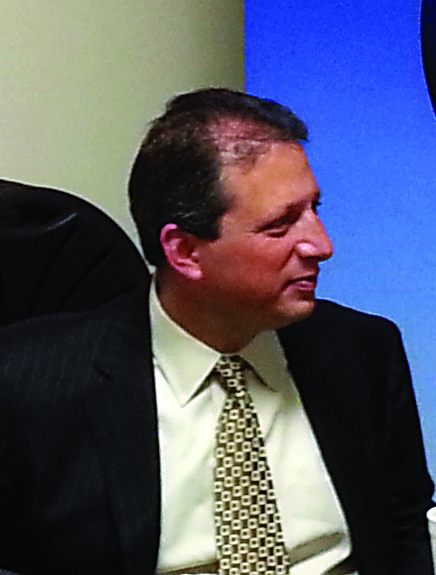 Councilman Brad Lander was honored by President Barack Obama Tuesday for his role in bringing participatory budgeting to his district, which includes parts of Boro Park.

The progressive Democrat, who was elected to the council in 2009, was named a “Champion of Change” at a ceremony at the White House for making the public a part of his budget process. In the innovative process, constituents — rather than the councilman — decide how millions of dollars in discretionary funds are spent.

“I was deeply honored to be there,” Lander told Hamodia on Tuesday, as he rode back to New York by Amtrak. “Many of the other champions of change were very inspiring.”

Lander said that the ceremony, which is held every week at the White House’s Eisenhower Executive Office building but is not attended by the president, offered an opportunity for him to exchange ideas with some of the other honorees.

“There were what they call ‘civic hackers,’ who are dedicated to using online technology or to use government data in different ways, such as by creating parking apps to make it easier to find parking places.”

Lander said he is looking forward to finding out more about using government technology to help people. He added that he spoke to government officials from Los Angeles and St. Louis about his participatory budget scheme.

In an interview with Hamodia on the topic last year, Lander said that the novelty stemmed from allowing the people who best know the neighborhood’s needs to have a say in improving it.

“It is a pretty common sense idea that people in a community know what is needed in that community,” Lander said. “They may not know the best way to run a fire department but they know a lot of what their neighborhood needs, especially on some of the more physical projects. They know which parks are rundown, which streets are especially dangerous.”

In 2011, the first year Lander ran the program, 2,000 people voted on 20 projects, and seven were selected for a total cost of $1,000,050. A bathroom in a public school was fixed — since it technically worked, the city would not pay for it. And a new $50-million ice rink had a drain installed.

Eight of the council’s 51 members, including neighboring Councilman David Greenfield, now participate in the program Lander initiated. They are advertised asking constituents, “What Would You Do With A Million Dollars?”

The idea for participatory budgeting started with Jaime Lerner, the Jewish mayor of the Brazilian city of Curitiba. It spread to Chicago and Lander brought it to New York two years ago.