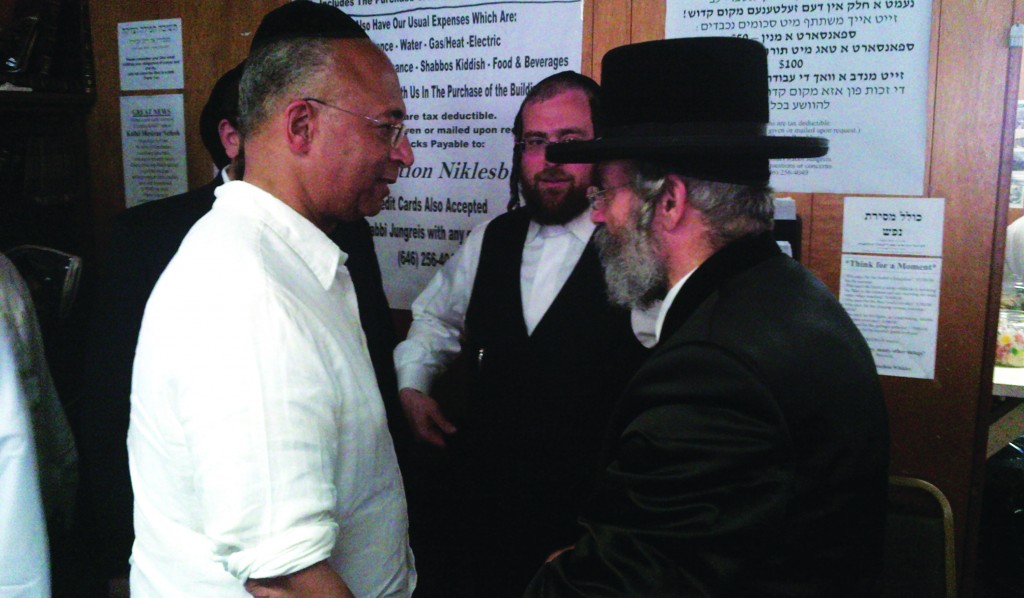 Bill Thompson took his mayoral campaign far out of New York City Sunday, getting on the road to visit several Orthodox summer camps and to greet voters on vacation in the Catskills.

Choosing a Shabbos Nachamu weekend to make his pitch, the Democrat’s first stop was in Monticello, where he threw out the first pitch at an Orthodox Jewish Baseball league game, where he met old friends like the Met Council’s William Rapfogel.

He then traveled to the Ichud and Lapidus bungalow colonies where they were in middle of Shacharis, Thompson donned a yarmulke and moved among the crowds.

From one town to the next, he cut across the Catskills, stopping at bungalow colonies, summer home developments, local businesses, shuls and camps
in Monticello, Fallsburg, Woodbourne and Woodridge. He met voters, stopped for a slice of kosher pizza, shook hands and posed for pictures with surprised New York City residents.

With the all important Democratic primary looming on Sept. 10, it was clear that many of the people he met appreciated the fact that Thompson spent this valuable July Sunday by bringing his campaign directly to the thousands of Orthodox voters who are vacationing in upstate Sullivan County.

“I’m impressed you made the effort to come so far,” one onlooker told Thompson in Woodbourne’s Main Street. “You know the country is not around the corner.”