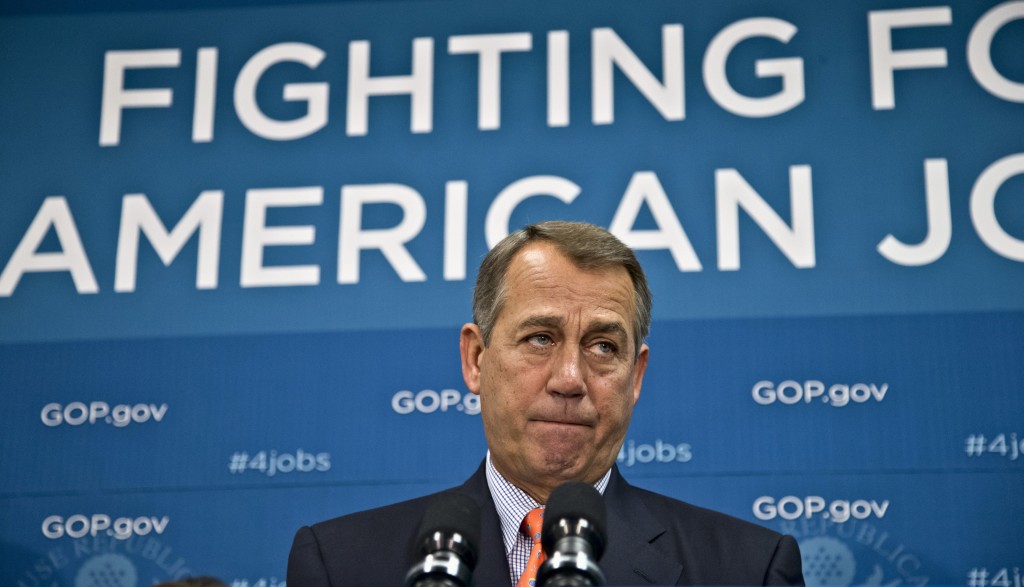 House Republicans pressed ahead Wednesday on delaying key components of President Barack Obama’s signature health care law, emboldened by the administration’s concession that requiring companies to provide coverage for their workers next year may be too complicated.

The House has scheduled votes to delay the law’s individual and employer mandates, the 38th time the GOP majority has tried to eliminate, defund or scale back the program since Republicans took control of the House in January 2011.

The votes were a chance to score political points, as the legislation is going nowhere in the Democratic-controlled Senate. Still, public unease with the law and the Republican attacks clearly caused consternation at the White House.

Eager to counter the Republican criticism, Obama plans to deliver remarks Thursday focusing on rebates that consumers are already receiving from insurance companies under the health care law.

White House spokesman Jay Carney said Obama will draw attention to the 8.5 million consumers who have received an average consumer rebate of about $100. Carney also highlighted reports that some states are already anticipating lower premiums under the Affordable Care Act.

“Competition and transparency in the marketplaces, plus the hard effort by those committed to making the law work, are leading to affordable, new and better choices for families,” Carney said.

Earlier this month, Republicans seized on the administration’s abrupt decision to delay for one year, until after the 2014 elections, the requirement that businesses with 50 or more employees provide health coverage for their workers or pay a penalty.

Republicans insisted that the president couldn’t unilaterally decide to enforce only portions of the law.

“If the president believes the employer mandate is too much for the employer community, how about basic fairness for American families and individuals?” House Speaker John Boehner (R-Ohio), told reporters at a news conference.

Democrats insisted it was all political theater and another attempt by the GOP to undermine the law.

Rep. Joseph Crowley (D-N.Y.), said Republicans weren’t simply trying to delay the requirements. “It is their intention to destroy the Affordable Care Act … to do away with it, to annihilate it entirely,” Crowley said.

He said the “the definition of insanity … is doing something 38 times and still getting the same results.”

Carney said House Republicans have “made it their mission in life” to repeal the law.

The goal of the health care law was to provide coverage to nearly 50 million Americans without health insurance in a massive overhaul of the current system. Just months before enforcement, the Obama administration announced a one-year delay in the employer mandate.