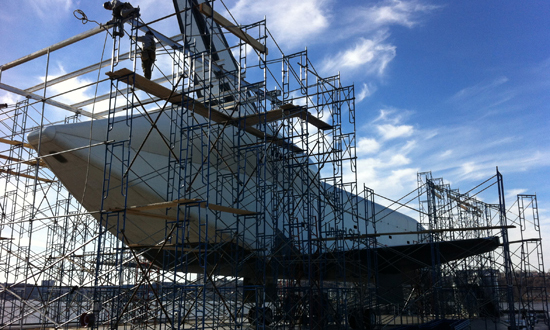 The historic Enterprise space shuttle returned to view Wednesday on the flight deck of the Intrepid Sea, Air & Space Museum on Manhattan’s far west side, protected by a structure designed to hold up in conditions worse than the storm last fall that damaged it.

The ribbon-cutting ceremony marked the end of eight months of repair work for the shuttle, which was damaged during Superstorm Sandy last October when the structure around it deflated.

Tim Keyser, a NASA technician who spent a decade working on Enterprise, said he was glad to see the shuttle in its new home.

“It looks better now than it ever did before,” he said.