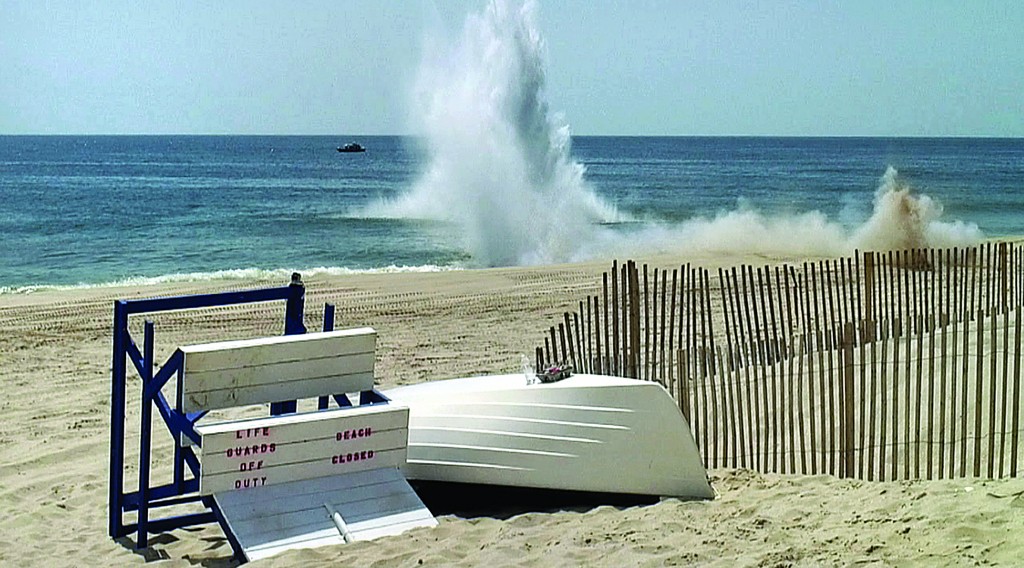 A plume of water shot about 125 feet in the air and a boom echoed through town Wednesday as a military explosives team detonated a suspected mine that a diver had discovered partially buried in sand in the Atlantic Ocean.

Police evacuated about 15 homes in a quarter-mile radius before the operation and the Coast Guard kept boats clear of the area.

An ordinance disposal team assigned to a naval station in Colts Neck examined the device after it was discovered Tuesday night, and decided the only safe thing to do was to detonate it in place at high tide the next day.

The device was believed to be a moored contact mine from either World War I or World War II. The mines contain spikes designed to detonate upon contact.

During World War II, German U-boats patrolled the ocean just beyond the horizon and targeted merchant ships as they sailed along the coast. Superstorm Sandy last year may have exposed the device.