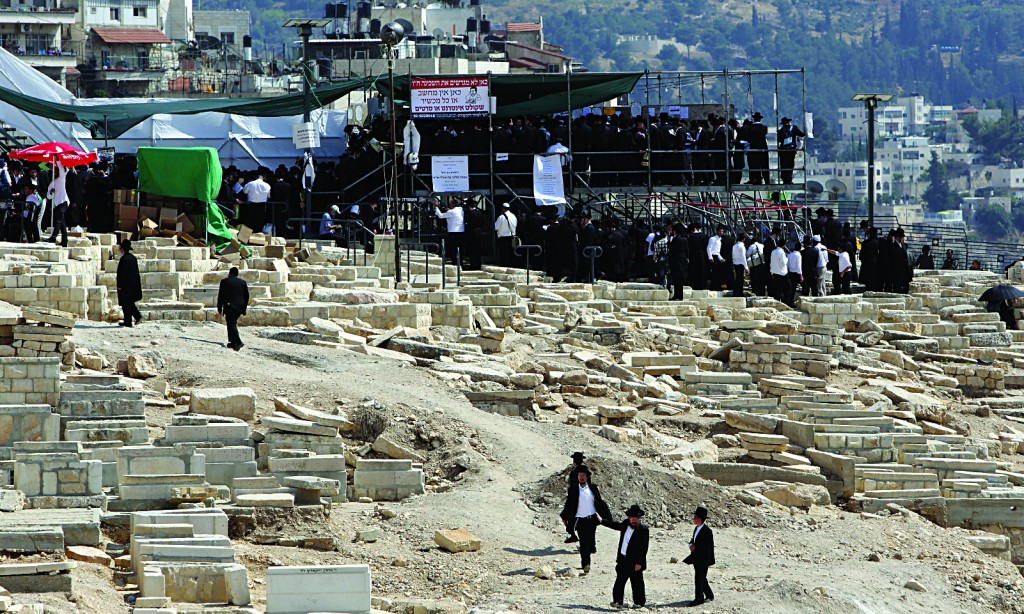 Dozens of Arabs set upon vehicles carrying Jewish worshippers to the kever of the Ohr Hachayim Hakadosh on Har Hazeisim on Motzoei Shabbos, when thousands came to visit on the yahrtzeit.

Many of the cars were damaged in the attack, but b’chasdei Shamayim, no physical injuries were reported, except for a border police guard who was slightly hurt.

“Where were the police when dozens of Arabs were attacking our cars?” they asked.

“At about 10:50 p.m. we reached Shaar Shechem,” one of the visitors recounted to Hamodia. “When we arrived at the area, we found a long bottleneck. Suddenly, there was a strong blow to the windshield, a brick that completely shattered it.”

Then, a large group of Arabs surrounded the car and began hitting the windows with anything they could grab, and attempted to force their way into the car to attack the passengers.

“We called the police, but they couldn’t get to us because of the traffic jam. The police were forced to come on foot. It was 10 minutes before they arrived and dispersed the mob.”

“It was a nes that we escaped with our lives,” said one of the survivors.

Several eyewitnesses confirmed to Hamodia that there were no police or soldiers stationed at Shaar Shechem, which is known to be a politically sensitive site, especially on a night when so many Jewish visitors were there.

In addition, they pointed out that the police inexplicably closed off the road to private cars at the bottom of the ascent to Har Hazeisim, near the Rockefeller Museum, where they were vulnerable to attack.

Within about an hour, security personnel had arrived in force, and one policeman was injured by the rioting Arabs.