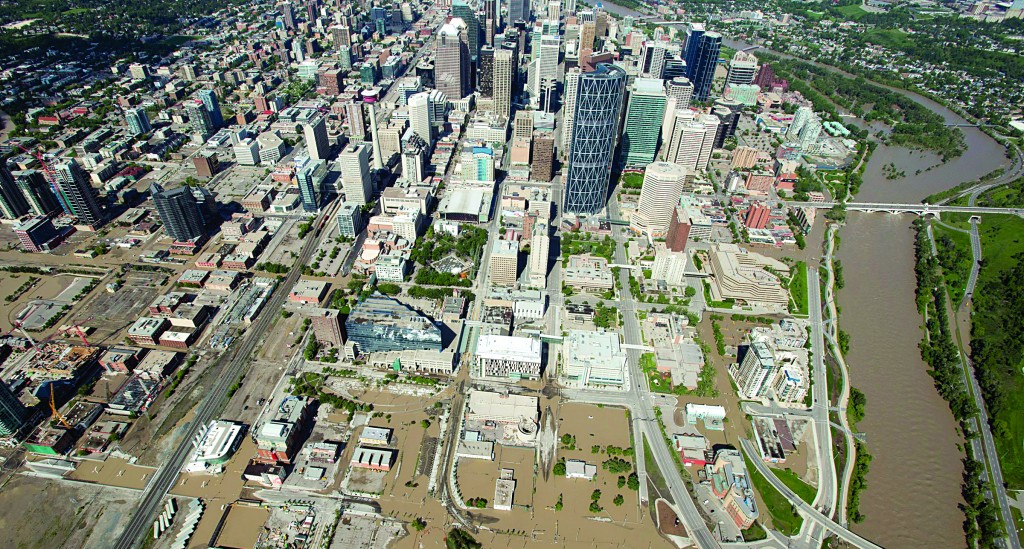 About 65,000 residents of Calgary were being allowed to return to their homes Sunday to assess the damage from flooding that has left Alberta’s largest city awash in debris and dirty water.

Some were returning to properties spared by flooding, but others were facing extensive repairs to homes and businesses.

About 75,000 people had to leave at the height of the crisis as the Elbow and Bow rivers surged over their banks Thursday night. Three bodies have been recovered since the flooding began in southern Alberta and a fourth person was still missing.

“We’ve turned a corner, but we are still in a state of emergency,” Calgary Mayor Naheed Nenshi said. “Our hearts and thought and prayers are with our colleagues downstream.”

People in the eastern part of the province headed for higher ground as the flood threat remained. In Medicine Hat, Alberta, thousands of people have left their homes as water levels rose on the South Saskatchewan River. The river was not expected to crest until Monday, but by Sunday morning it was lapping over its banks in low-lying areas and people were busy laying down thousands of sandbags.

In Calgary, Nenshi said crews were working hard to restore services and he thanked residents for heeding the call to conserve drinking water.

He had already warned that recovery will be a matter of “weeks and months” and the damage costs will be “lots and lots.”

While pockets of the city’s core were drying out, other areas were still submerged. The mayor didn’t anticipate that anyone could return to work downtown until at least the middle of the week. The downtown area was evacuated Friday.

The city’s public schools were also to remain closed Monday.