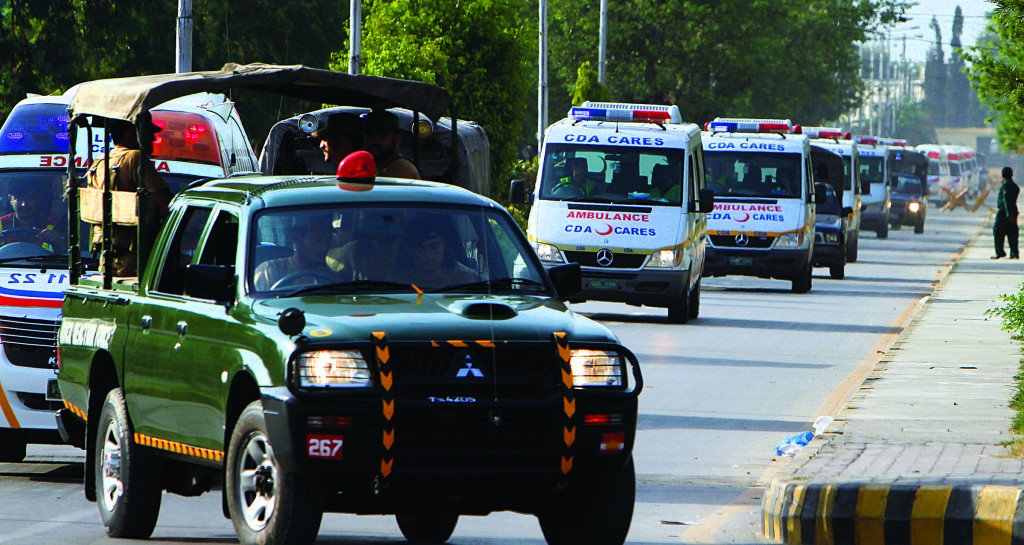 Islamic terrorists disguised as policemen killed 10 foreign climbers and a Pakistani guide in a brazen overnight raid against their campsite at the base of one of the world’s tallest mountains in northern Pakistan, officials said Sunday.

The Pakistani Taliban claimed responsibility for the attack at the base camp of Nanga Parbat, saying it was to avenge the death of their deputy leader in a U.S. drone strike last month.

The attack took place in an area that has largely been peaceful, hundreds of kilometers (miles) from the Taliban’s major sanctuaries along the Afghan border. But the terrorist group, which has been waging a bloody insurgency against the government for years, has shown it has the ability to strike almost anywhere in the country.

The Taliban began their attack by abducting two local guides to take them to the remote base camp in Gilgit-Baltisan, said Pakistani Interior Minister Chaudhry Nisar Ali Khan. One of the guides was killed in the shooting, and the other has been detained for questioning. The attackers disguised themselves by wearing uniforms used by the Gilgit Scounts, a paramilitary force that patrols the area, Khan said.

Around 15 gunmen attacked the camp at  11 p.m. Saturday, said the Alpine Club of Pakistan, which spoke with a local guide, Sawal Faqir, who survived the shooting. They began by beating the mountaineers and taking away any mobile and satellite phones they could find, as well as money, said the club in a statement.

Some climbers and guides were able to run away, but those that weren’t were shot dead, said the club. Faqir was able to use a satellite phone to notify authorities of the attack.

The shooting occurred in a stunning part of the country that has seen little violence against tourists, although it has experienced attacks by radical Sunni Muslims on minority Shiites in recent years.

Pakistani Taliban spokesman Ahsanullah Ahsan claimed responsibility for the attack, saying their Jundul Hafsa faction carried out the shooting as retaliation for the death of the Taliban’s deputy leader, Waliur Rehman, in a U.S. drone attack on May 29.