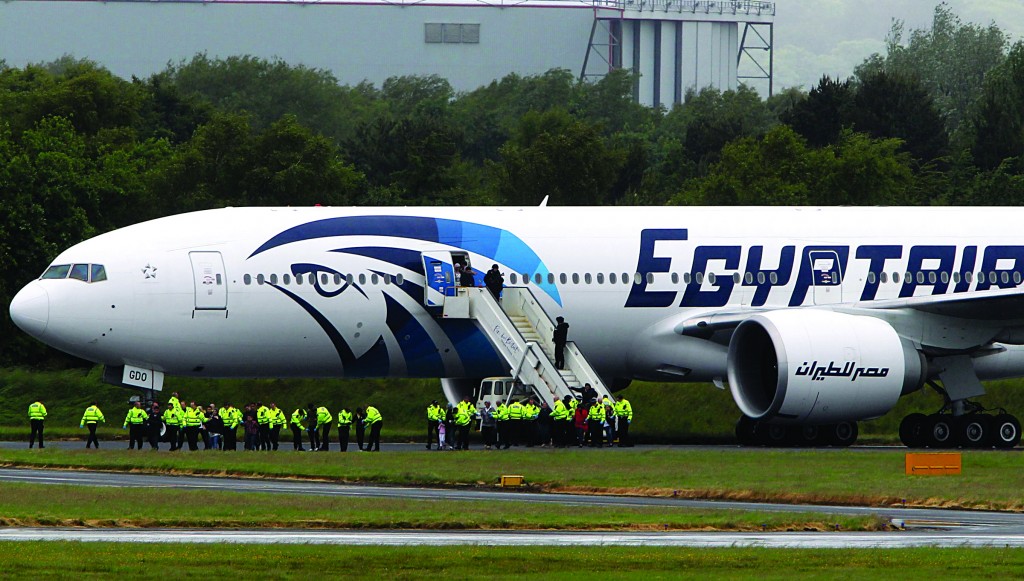 Five passengers from an EgyptAir flight diverted to a Scottish airport over an apparent threat to destroy the aircraft are now seeking asylum in Britain, authorities said Sunday.

New York-bound Flight 985 from Cairo was forced to make an emergency landing on Saturday after a threatening note was found in the plane’s lavatory.

British Typhoon fighter jets escorted the plane to Glasgow’s Prestwick Airport, where the flight was met by a heavy police presence, but no arrests were made and the flight was eventually cleared to continue its journey to the U.S.

A spokeswoman for Police Scotland said that five people out of the flight’s roughly 300 passengers were now claiming asylum in Britain.

Speaking from Cairo, EgyptAir CEO Tawfeek Asi identified the passengers as Syrians, although the Scottish police spokeswoman said she could not provide any information about their nationality. She spoke on condition of anonymity, saying office rules forbade her to identify herself publicly.

Britain’s Home Office, which is responsible for matters of immigration and asylum, declined to comment Sunday.