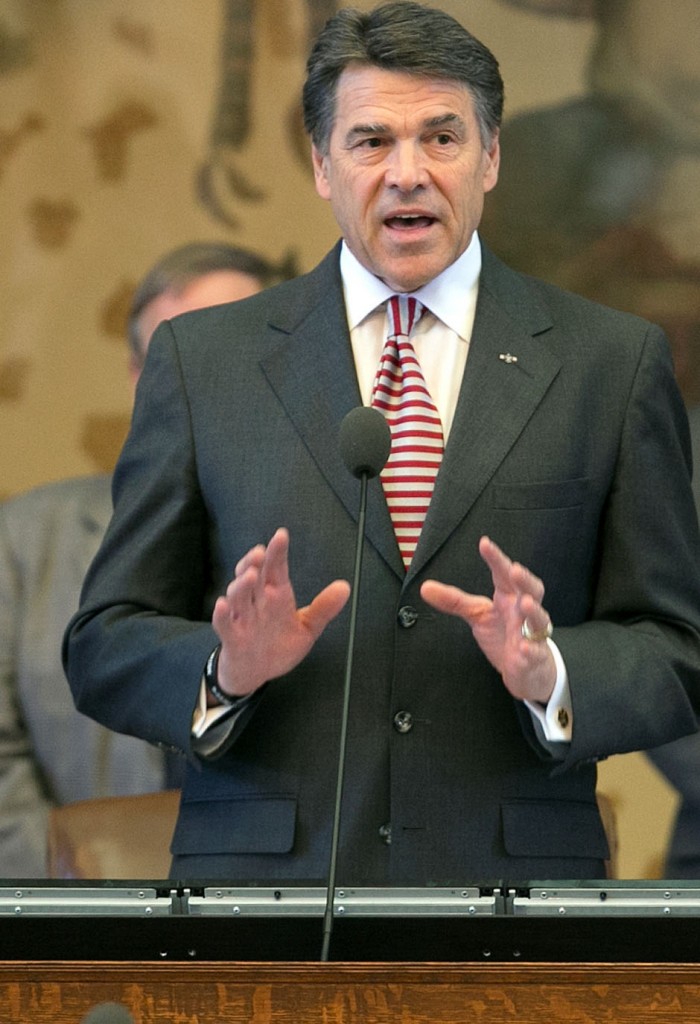 Gov. Rick Perry plans to travel to New York and Connecticut and to spend $1 million on a media advertising campaign to lure businesses to the Lone Star State, according to a statement Monday from the governor’s office.

The visit starting June 16 follows previous excursions to California and Illinois, where Perry also urged business owners to relocate to the second-most-populous state.

Ads featuring Texans praising their home, sponsored by a public-private organization controlled by the governor, will run on ESPN, CNN and other channels in New York and Connecticut for a week.

Perry, 63, who ran unsuccessfully for the Republican presidential nomination in 2012, has emphasized Texas’s low taxes, limited regulation and legal environment in his recruitment efforts. He told reporters Monday in Austin that he expected his trip would upset officials in New York and Connecticut.

“If you’re a businessman or woman in New York who is tired of high taxes and high regulation and a litigious climate, I’m going to think that that’s going to be a very positive response,” Perry said. “If you’re the legislators or the governor or the mayor who are the reason for those regulations, or taxes, or lawsuits, than I’m suspecting that there’s probably going to be a little pushback.”

Perry plans to meet with leaders of firearms, pharmaceuticals and financial services companies, said spokeswoman Lucy Nashed. She said that Perry chose the Northeast states because “their tax climate is burdensome for businesses and families.”

The recruiting trip comes as Perry considers whether to seek a fourth term as governor or run for president again, said Cal Jillson, a political science professor at Southern Methodist University in Dallas.