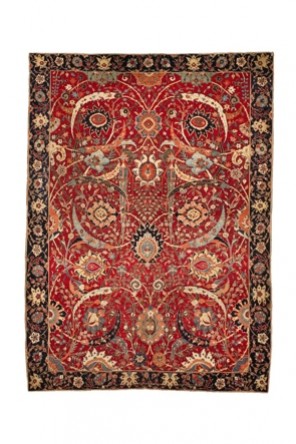 A Persian rug from the early 17th century has sold for $33.7 million in New York City.

Sotheby’s auction house says Wednesday’s price for the Clark Sickle-Leaf Carpet was more than three times the previous auction record for a carpet.

The rare carpet was sold to an anonymous telephone bidder by the Corcoran Gallery of Art in Washington, D.C.

The carpet was part of a collection bequeathed to Corcoran in 1926 by William A.  Clark, an industrialist and U.S. senator from Montana.

The previous record price for a carpet was $9.6 million for a Persian carpet sold by Christie’s in London in April 2010.