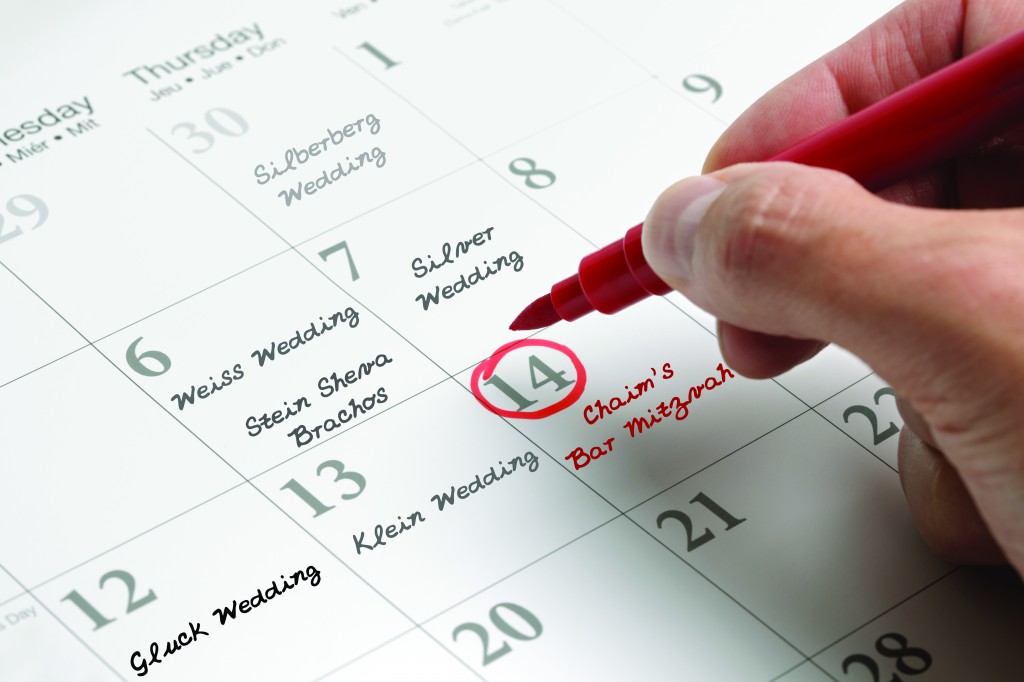 It is late at night, and bleary-eyed Zalman Schwartz* is affixing stamps onto the invitations he is sending out to his daughter’s wedding.

“I don’t understand why we are inviting the Goldbergs* from the next block,” he tells his wife. “We really have nothing to do with them.”

Mrs. Schwartz breathes deeply and shrugs. “I know, I know. But if we don’t invite them they may be hurt, so why take a chance?”

Two evenings later, Mordechai Goldberg is going through his mail.

“The Schwartzes are making a chasunah,” he informs his wife. “Our whole connection to them consists of greeting each other in the street. I don’t see why we have to go.”

“If they invited us, we have to at least drop in and say mazel tov,” Mrs. Goldberg tells her husband. “Otherwise, it would be simply rude.”

Twenty years ago, I would have fully agreed with Mrs. Goldberg’s assessment.

For my grandmother, a”h, the thought of not attending a simchah to which she was invited was unthinkable. “Az mehn ladt ahn, miz mehn gein — if one is invited, one must attend,” she often informed me. But much has changed in the decades since her passing.

In those days, the community — and family — were much smaller. My grandmother was far more popular than I am, yet I probably get more wedding invitations in a month than she did in a year. Most guests came for the chuppah — if not the kabbalas panim — and stayed until at least after the main course. Countless hours were invested (and sometimes wasted) in making the seating arrangements, making sure that all those seated at any specific table were on speaking terms with each other.

Return and seating cards left a clear paper trail of who didn’t answer and who didn’t end up coming. Some held grudges, others gracefully accepted belated excuses, but most baalei simchah kept track and remembered.

Nowadays, in numerous communities, return cards are rarely sent, and seating cards are all but extinct. Even the once-standard disclaimer of “Return cards we do not send for we are sure you will attend” is much less common. More and more it is taken for granted that only if the recipient is a close relative or best friend will he or she eat the meal.

In many cases, people no longer think twice about sending out an invitation, often using a shul list. Recently, I got no less than three invitations to the same wedding; apparently I was on more than one “list” the family was using.

The approach of “better safe than sorry” in regard to sending out invitations is certainly a wise one. Chazal (Bava Basra 91a) tell us that Ivtzan — better known to most of us as Boaz — tragically lost 60 children in his lifetime because he didn’t invite Mano’ach, who would later become the father of Shimshon, to their weddings. Ivtzan mean well by refraining from inviting him; he reasoned that the feelings of Mano’ach, who was childless at the time, would be hurt by each invitation. Mano’ach, however, interpreted the gesture in a negative way and was offended by the exclusion.

What about those on the receiving end?

Some time ago I had the occasion of traveling from Williamsburg to Boro Park with a respected maggid shiur who gives four to five shiurim a day on different topics. Though it was quite late when we arrived in Boro Park, he mentioned to me that he had a chasunah to attend before going home.

“I know the family, but didn’t receive an invitation,” I told him. “So I will wait for you outside.”

The maggid shiur, who is an incredibly busy person, looked at me quizzically. “I didn’t get an invitation in the mail, either,” he revealed. “But he is a member of our kehillah, and hung up an invitation in shul.”

Whenever possible, going to simchos is a very worthwhile endeavor and an exhibition of ahavas Yisrael. Most hosts appreciate every person who comes, and it is certainly worthwhile to make the effort.

But for many men, attending every simchah means missing far too many shiurim and chavrusos. For many women, it means depriving children of their mother during homework hour and bedtime much too often.

If you are reasonably comfortable that the baal simchah won’t notice your absence, due to the large number of people who often arrive at the same time, an invitation shouldn’t be deemed a subpoena.

Many invitations include information about a Shabbos sheva brachos. Stopping by to say mazel tov on Shabbos often proves to be a practical and much appreciated compromise.