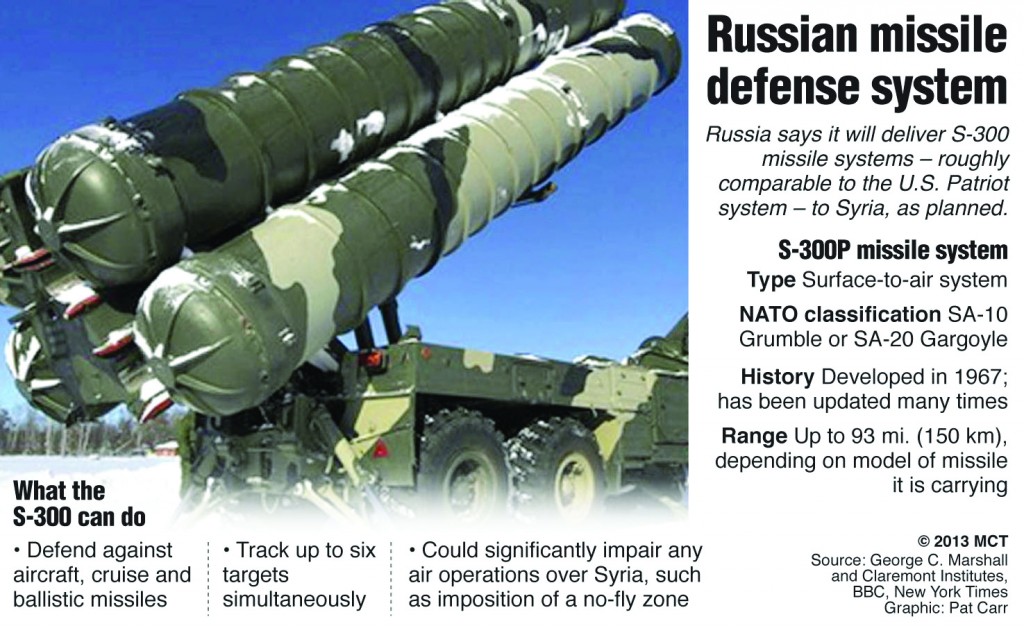 Syrian President Bashar Assad said in an interview broadcast Thursday that Russia has fulfilled some of its weapons contracts recently, but was vague about whether this included advanced S-300 air defense systems.

Assad’s actual comments differed from excerpts the station conducting the interview had sent to reporters in a text message on Thursday morning.

In that message, the Al-Manar station owned by the Lebanese militia Hizbullah quoted Assad as saying Syria had already received a first shipment of such missiles. The Associated Press called Al-Manar after receiving the text message, and an official at the station said the message had been sent based on Assad’s comments.

In the interview, Assad was asked about the S-300s, but his answer was general.He said that Russia’s weapons shipments are not linked to the Syria conflict. “We have been negotiating with them about different types of weapons for years and Russia is committed to Syria to implement these contracts,” he said.

“All we have agreed on with Russia will be implemented and some of it has been implemented recently, and we and the Russians continue to implement these contracts,” he said.

Assad also said that his forces will respond to any future Israeli strike on his country.

Israel struck near the Syrian capital of Damascus earlier this month. Israeli officials said at the time they were targeting suspected shipments of advanced missiles purportedly intended for Hizbullah, an ally of Syria.

Asked whether Syria would respond to such strikes, Assad said, “We have told countries that we will respond to any strike with a similar strike.” He says that the manner of the response “depends on the circumstance and timing” of the attack.

This article appeared in print on page 1 of the May 31st, 2013 edition of Hamodia.