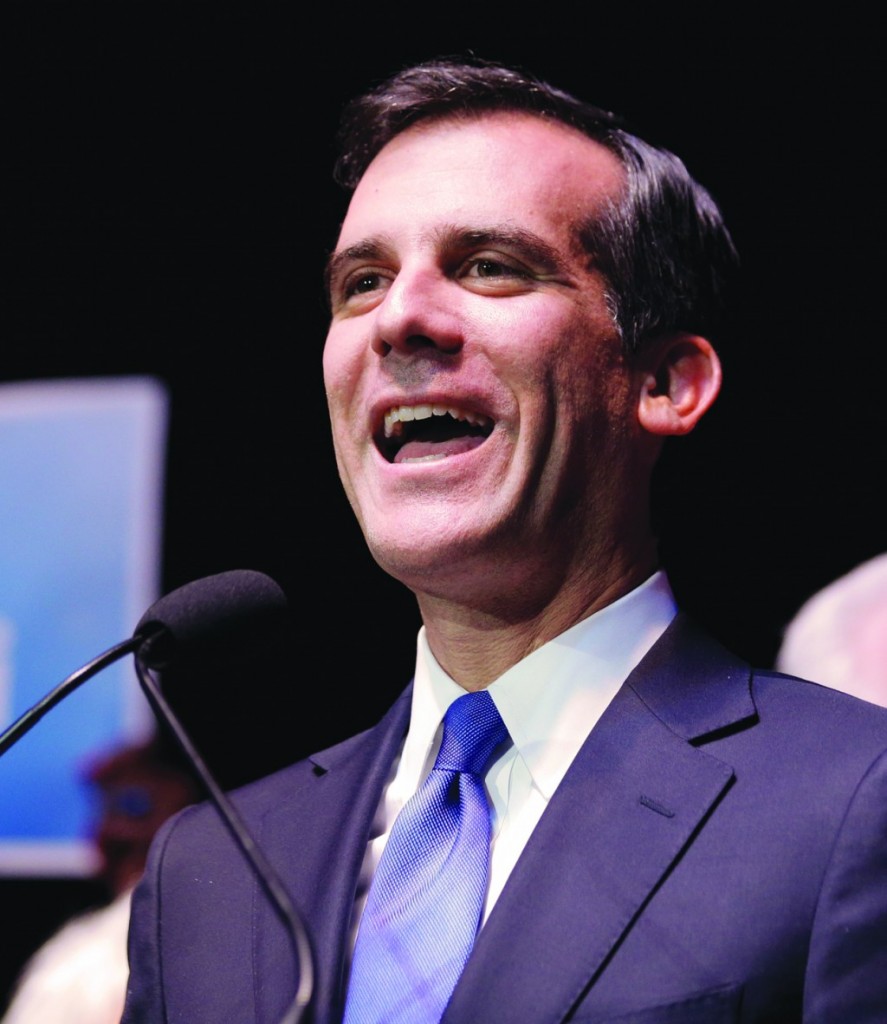 City Councilman Eric Garcetti defeated Controller Wendy Greuel to become the next mayor of Los Angeles after a caustic campaign in which he depicted his fellow Democrat as a pawn of powerful labor bosses.

With all precincts reporting on Wednesday, Garcetti had 54 percent of the votes while Greuel collected 46 percent.

During his campaign, Garcetti, 42, promised to increase jobs and patch up the city’s battered streets and sidewalks.

He will be the city’s first elected Jewish mayor when he takes office July 1.

Greuel thanked supporters for bringing her tantalizingly close to becoming the city’s first woman mayor and urged them to line up with Garcetti.

“I may not have been able to break through the glass ceiling last night, but you sure helped me put a crack in it,” she said.

During the campaign, he often envisioned a gentler Los Angeles in which kids bike around neighborhoods and enjoy playing baseball and eating ice cream.

Voter turnout was sluggish despite record spending during the campaign that centered on the city’s ailing economy and the influence of municipal unions.

Garcetti won the job with about 182,000 votes, according to preliminary returns. It amounted to just a sprinkle of support in the city of nearly 4 million people and 1.8 million registered voters.

A steady stream of negative advertising from the campaigns and outside groups helped obscure the candidates’ promises about free-flowing traffic, new jobs and better schools.

The lack of public interest ran counter to what’s at stake.