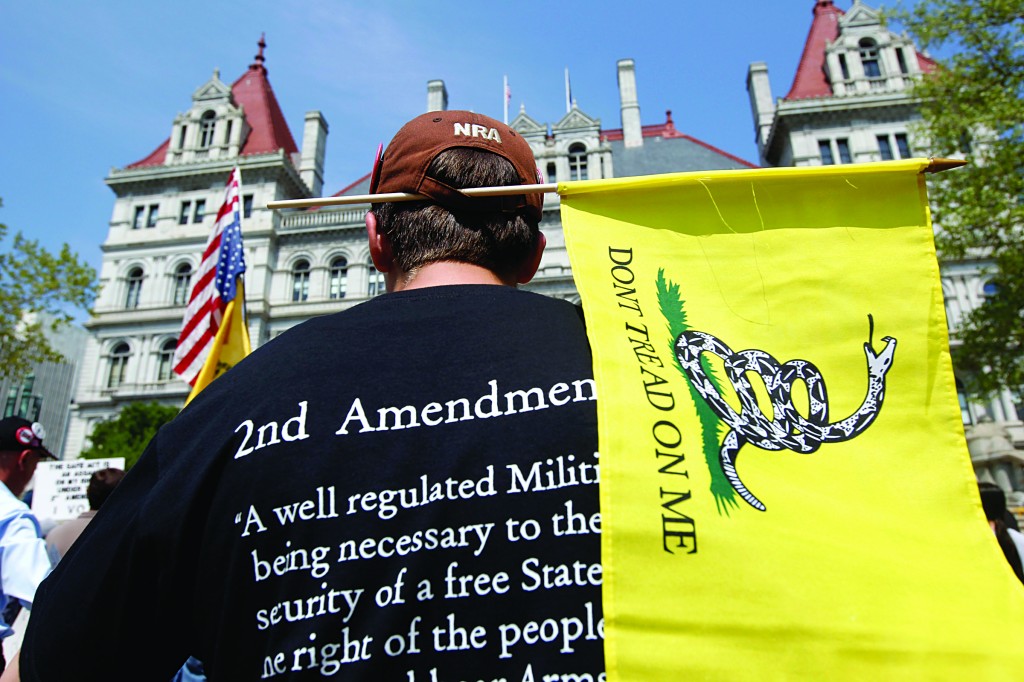 A coalition of conservative groups delivered 400,000 signed postcards to members of the Assembly calling on them to roll back the measure passed in January.

The law, enacted a month after the Newtown, Conn., school massacre, limits the number of rounds in a magazine, bans the sale of assault-style weapons and requires federal background checks in private gun sales.

The protesters were encouraged to register to vote, join a political party and get active in political committees. Organizers said the goal is to repeal the law or else in 2014 make its supporters face consequences at the polls. At one table, they handed out voter registration forms and encouraged demonstrators to take them home to family and friends who feel the same way. 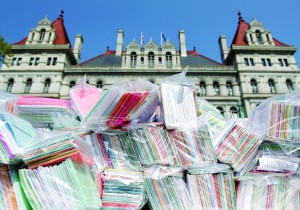 “We are going to vote out the people who did this to us,” organizer Lisa Donovan told the crowd.

She acknowledged that 60 percent of New York’s population comes from New York City and its suburbs where there’s more support for gun control, but she told the demonstrators that elections depend on turnouts and people who actively work hard at the campaigns. Organizers displayed a map showing nearly all upstate counties and many cities and towns have passed resolutions opposing the gun law.

“I don’t trust the government to do the right thing anymore,” Colloca said.

He was with a friend and said they had separately contacted their legislators about the law. “And we’re not about to give up.”