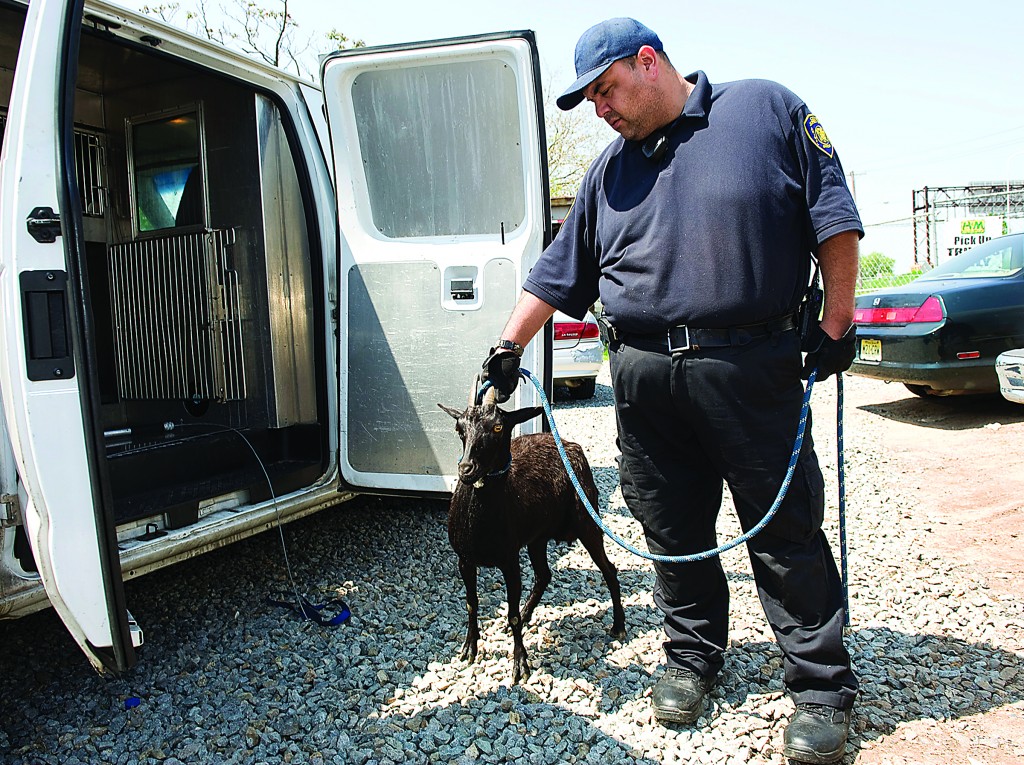 A goat believed to have escaped en route to a slaughterhouse snarled the morning commute along one of the busiest roadways in northern New Jersey Tuesday, leading police on a nearly two-hour chase.

The small, chocolate brown female with curved horns eluded five Jersey City police officers for more than 90 minutes by jumping back and forth over a central divider along the Pulaski Skyway, alternately disrupting traffic along both east and west-bound lanes, according to city spokesman Stan Eason.

Traffic was snarled from 7:10 a.m. until almost 9 a.m. along the elevated roadway, which traverses the Passaic and Hackensack Rivers between Newark and Jersey City and carries thousands of vehicles daily to the Holland Tunnel and into New York.

Four vehicles, whose drivers were attempting to avoid the zigzagging goat, were involved in a minor accident, police said. There were no injuries.

“A call came in: ‘There was a motor vehicle accident, and there’s a goat running around on the skyway,” Eason said. Jersey City police were not alarmed. “We had full-sized bucked deer running around in the metropolis downtown of Exchange Place about two years ago, before it jumped in the Hudson River and swam to Governor’s Island, so nothing surprises us,” he added.

The frisky goat eventually tired, Eason said, and officers were able to secure her in a noose.