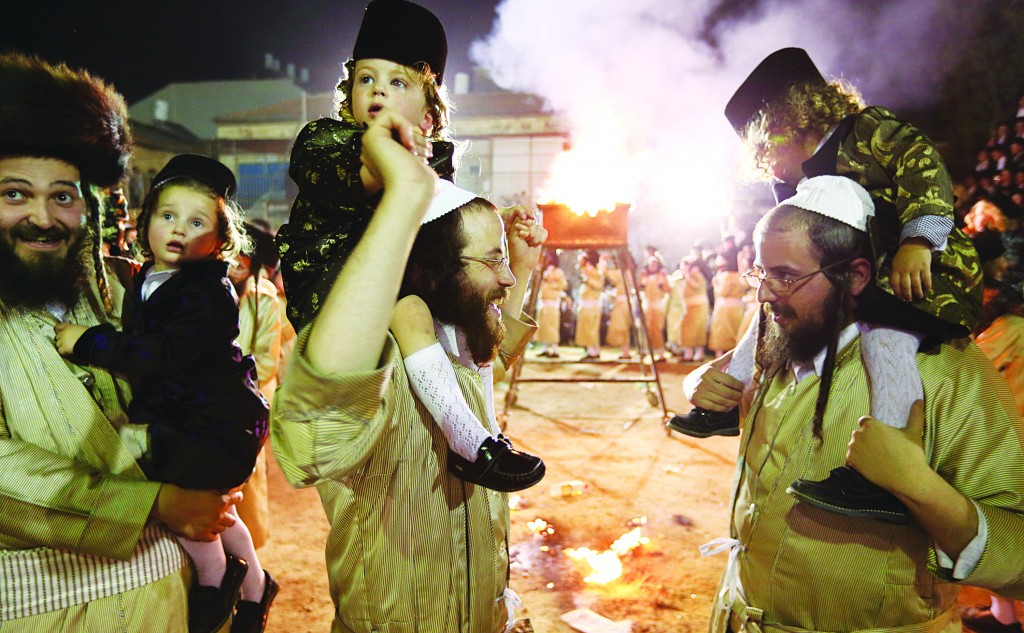 Last week, I received a call from a close friend, informing me that he was about to leave to Eretz Yisrael. Frankly, I was a bit surprised, as I happened to know that he was struggling financially of late. Needless to say, I kept my thoughts to myself, but he answered my unasked question on his own.

“I am relying on the fact that Harav Shlom’ke, the Rebbe of Zhvil, zy”a, wrote on the margins of his Gemara that like the expenses of Shabbos, Yom Tov and s’char limud, which are not deducted from the set amount of parnassah ordained for each Yid on Rosh Hashanah, the expenses of traveling to Meron are not deducted from the cheshbon, either,” he told me.

After wishing him a wonderful trip and asking him to have me in mind, I hung up the phone feeling rather guilty that I wasn’t joining him. Is it simply a lack of emunah and bitachon on my part?

Was the Rebbe of Zhvil referring to the airplane fare for those who live abroad, or was he discussing the expenditures incurred by the Chassidim living in Yerushalayim, where the annual trip to Meron is an essential, broadly accepted part of their avodas Hashem?

Let us bear in mind that it is only very recently that such large crowds have been traveling from America to Eretz Yisrael for Lag BaOmer. This is not something about which we have a mesorah, and the spiritual leaders of most kehillos have not chosen to make this trip.

Even if one presumes that the former is the case, one has to search one’s heart and ascertain the true purpose of the trip. Is one heading to Meron to grow closer to Hashem, and truly believes that this trip will help in this regard? Or is it an eagerness to get away on vacation, in which case the words of Chazal certainly do not apply. Furthermore, how far should one go in relying on the words of the Zhviller Rebbe? Is borrowing money included as well?

While Chazal (Beitzah 16b) teach that Hashem tells us in regard to Shabbos and Yom Tov, “Borrow on My account and celebrate the holiness of the day, and trust in Me and I will repay,” does this refer to Lag BaOmer as well? The poskim differentiate between spending what you already have and borrowing, and state that even as regards Shabbos and Yom Tov, one is permitted to borrow only for the basic necessities and not anything extra. Is Lag BaOmer in Meron a necessity?

A colleague of mine recently repeated to me a conversation he had with a school administrator, who bemoaned the fact that some parents who are significantly behind in their tuition payments went off to Meron. My colleague was understandably outraged, and at first I tried to defend those parents.

“They are going to daven that they should have money to pay their tuition,” I said.

I knew full well, however, that my argument rang hollow. Though Meron is undoubtedly a tremendous makom tefillah, a Yid can pour out his heart in tefillah wherever in the world he finds himself. Most of our ancestors never had the opportunity to daven in Meron, yet in shuls and in houses, in workplaces, fields, and roads, they recited Tehillim and spoke directly to Hashem, and their tefillos were answered and their requests fulfilled.

Paying one’s debt is a grave responsibility, and especially so s’char limud. Going to Meron is a wonderful concept, but the very Chazal being used to permit the Lag BaOmer trip specifically lists s’char limud as not being part of the cheshbon. It is, therefore, inconceivable that someone should claim that it is permissible for him to spend money for airfare to Meron while he hasn’t paid up his tuition.

This doesn’t, however, absolve us from our obligation to be dan l’chaf zechus. Hopefully the airline tickets were a gift from relatives or admirers, or perhaps  purchased using credit card points that cannot be redeemed for cash.