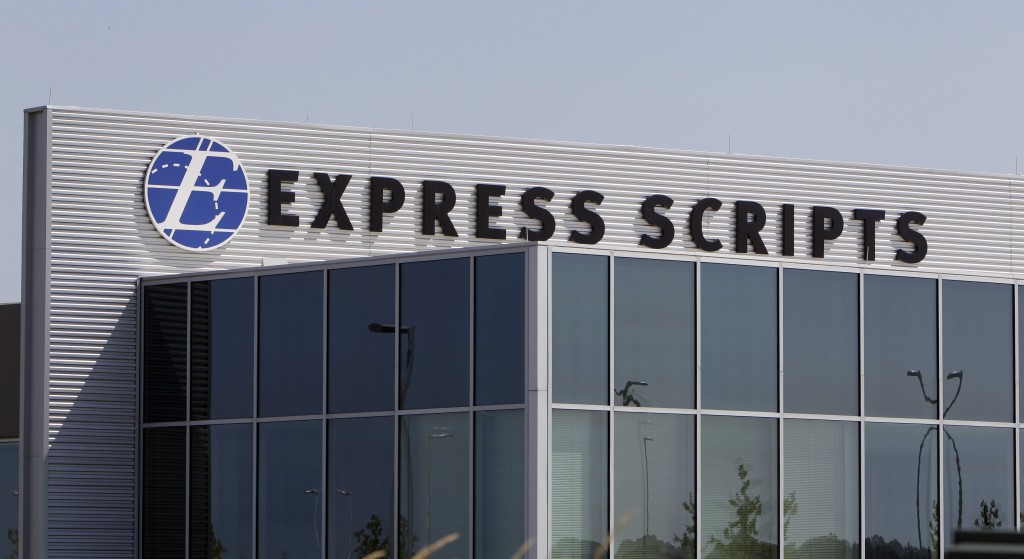 The acquisition more than doubled Express Scripts’ revenue in the quarter, more than offsetting higher operating costs for the combined company, which is now the largest U.S. pharmacy benefit manager in the country. The company raised its full-year earnings guidance, and shares rose in extended trading.

Excluding one-time charges connected with the acquisition, the company would have earned 99 cents per share.

Analysts polled by FactSet expected adjusted earnings of 97 cents per share on $25.45 billion in revenue.

The company’s $29.1 billion acquisition of Medco last April made it big enough to handle the prescriptions of more than one in three Americans. Revenue and prescription counts have swelled. In the most recent quarter, the number of claims it handled more than doubled to almost 390 million, an increase of 102 percent. The measure counts 90-day mail order prescriptions as three one-month prescriptions

The company said more people used generic drugs in the first quarter, boosting profitability. Generics help pharmacy benefit managers’ bottom lines because there’s a wider margin between the cost for the pharmacy to purchase the drugs and the reimbursement received.

“As we mark the one-year anniversary of the Medco transaction, our company today is better than the sum of its parts,” Paz said in a release.