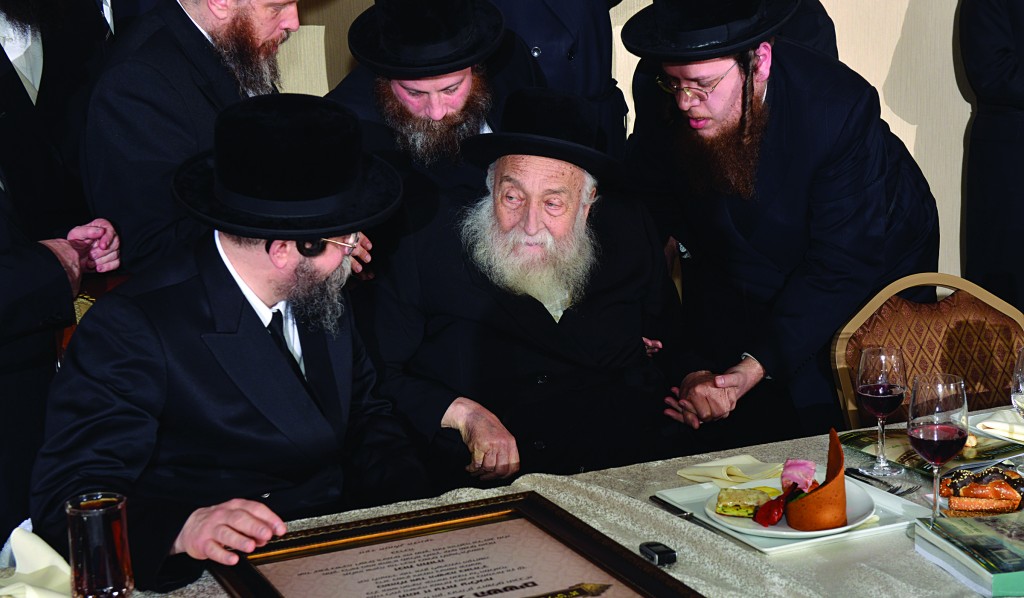 Boyaner chassidim are mourning the petirah Thursday of Rabbi Moshe Zev Feuerstein, one of Boyan’s most distinguished chassidim in the United States who was close with two Rebbes, along with other Gedolim, during his decades of askanus on behalf of their mosdos. He was 81.

For decades, Reb Moshe was the director and administrator of Mesivta Tiferes Yisroel of Rizhin, and was a personality looked up to by generations of chassidim.

Born in Crown Heights in 1931 to Reb Nosson Aharon and Chanah, immigrants from Lizensk, Poland, Moshe Zev was sent to study on Yeshivah Torah Vodaath, under the tutelage of Harav Shraga Feivel Mendlowitz, zt”l.

In 1952, he went to learn in Mesivta Tiferes Yerushalayim on the Lower East Side, where he developed what ultimately became a lifelong relationship with the Rosh Yeshivah, Hagaon Harav Moshe Feinstein, zt”l. He was the driver of Rav Moshe, who loved him and respected him for his yiras Shamayim and piety.

It was at that time that Reb Moshe drew close to Boyan, frequently making the five-to-six-hour walk on Shabbos to Harav Mordechai Shlomo Friedman, zt”l, the Boyaner Rebbe who lived on the East Side. The Rebbe reciprocated his devotion, and Reb Moshe was asked many times to drive the Rebbe to events or to help out in the Rebbe’s home.

Reb Moshe married Bashy Gissinger, the daughter of Reb Chaim Zev Gissinger, z”l, with whom he built a home based on the values of Torah and Chassidus. He was a longtime rebbi in the yeshivos of Harav Yehoshua Geldzahler, Harav Shmuel Kamenetsky and the Skverer Rebbe.

Reb Moshe’s biggest nachas was to see the Boyaner mosdos grow. From the seedlings he planted together with Reb Yisroel Shalom Yosef Friedman, z”l, the Rebbe’s son, in the 1950s, he gave away his life to ensure that the yeshivos remained viable financially. He was the backbone behind the annual dinners and other functions the mosdos made.

Reb Moshe was in ill health for the past few years and he passed away early Thursday morning, with a minyan of Boyaner yungeleit surrounding his hospital bed.

The levayah took place in New York on Thursday afternoon, passing by the Boyaner Kloiz in the East Side and in Boro Park. It was then flown to Eretz Yisrael for kevurah on Har Hazeisim.

The Boyaner Rebbe, shlita, currently in Meron for Lag BaOmer, has said he would return to Yerushalayim on Friday afternoon for the levayah, then go back to Meron for Shabbos.

Shivah will be observed at 417 D Grand Street, Apt. 102, on the Lower East Side until Wednesday morning.