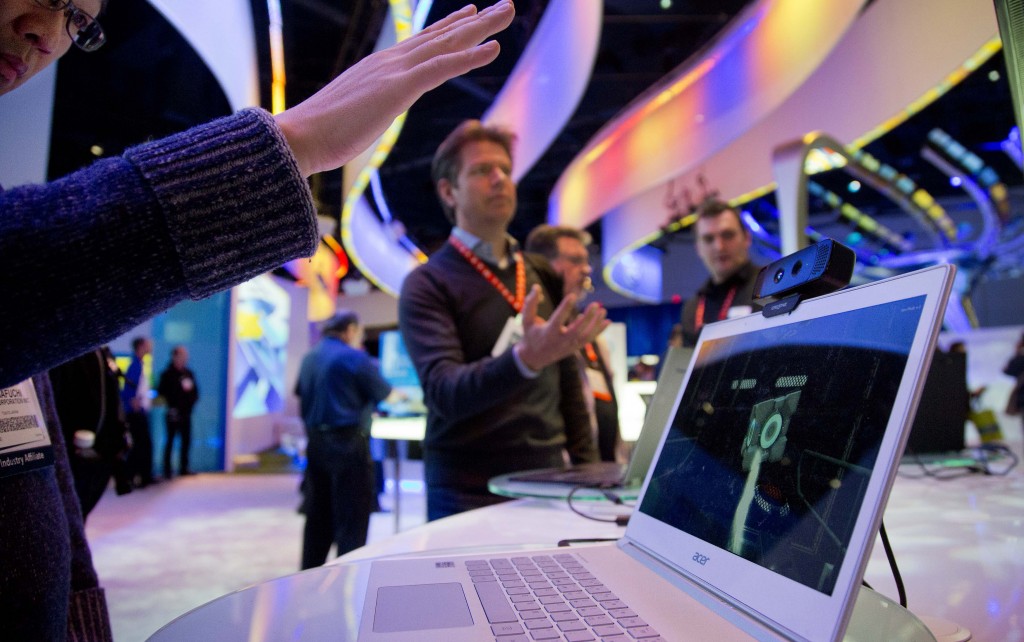 Intel Corp., the world’s largest maker of chips for PCs, is remaining steadfast amid a drastic slowdown in computer sales.

On Tuesday, Intel said it’s keeping its sales and margin forecasts for this year, even as first-quarter PC sales plunged 14 percent from a year ago, as measured by research firm IDC. The company is helped by rising shipments of chips for servers.

Consumers are shifting their consumer electronics dollars away from PCs and toward smartphones and tablets, few of which use Intel chips. The company is scrambling to get a foothold in these devices, but has had little traction so far.

“We now compete wherever there is computing,” departing CEO Paul Otellini said on a conference call Tuesday.

Revenue was $12.6 billion, slightly below the midpoint of Intel’s own forecast range. The figure was down 2.3 percent from $12.9 billion a year ago.

Intel shares fell 7 cents in extended trading following the release of the report, after rising 55 cents, or 2.6 percent, to $21.93 in regular trading.

Intel said it still expects to increase its sales by a few percent this year, and to keep its gross margin at 60 percent, down slightly from its recent three-year average of 63 percent. Analysts polled by FactSet expect revenue to be flat, on average.

For the quarter that just started, Intel expects revenue of $12.9 billion, plus or minus $500 million. That’s in line with analyst expectations. Intel will launch this year’s crop of new chips — codenamed “Haswell” — in the quarter, and is counting on them to compensate for slow sales at the start of the year.

Intel is pulling back its forecast in one area: It’s expecting capital spending of $12 billion this year, $1 billion less than it previously expected, but still $1 billion more than last year’s spending.