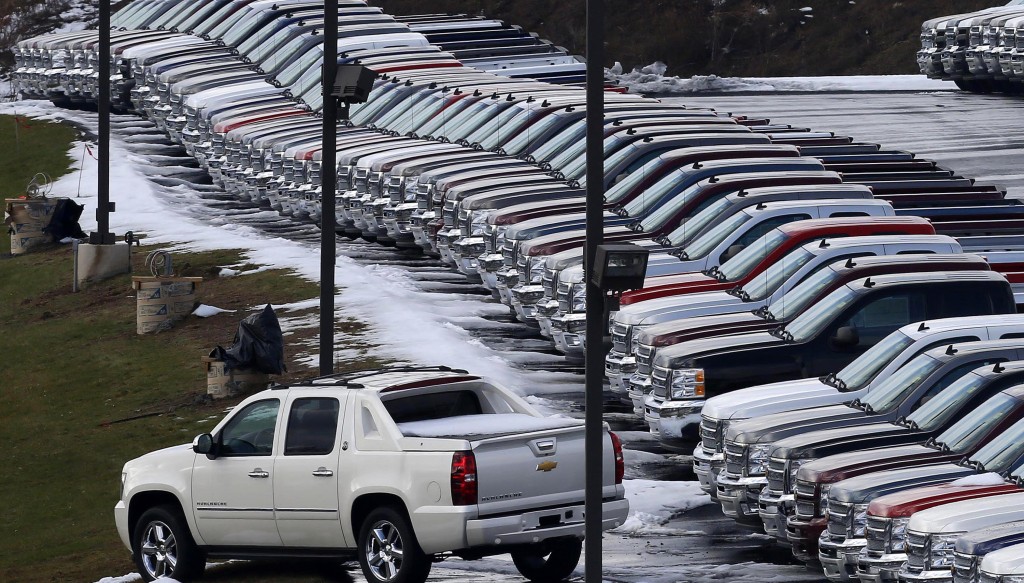 The trucks will replace the aging Chevrolet Colorado and GMC Canyon. Mark Reuss, GM’s North American president, said Tuesday that the trucks will be able to do 95 percent of the work that a big truck can do.

Sales of midsize and small pickups slumped after the recession as businesses curtailed spending. Ford Motor Co. stopped selling its Ranger small pickup in the U.S. in December of 2011 to focus on sales of its full-size F-150.

Now, truck sales are recovering as parts of the U.S. economy — particularly the housing sector — recover.

The new GM trucks are aimed at different audiences. The Canyon will go after more functional work buyers, while the Colorado will target younger “lifestyle” buyers who use trucks to haul recreation equipment and play outdoors, Reuss said. Both will have a list of options so people can customize them to their activities, he said.

The Colorado will “attack the West Coast with a lifestyle truck that’s really beautiful and fun,” Reuss said, without giving many details. “We’re targeting a new generation of buyer with a new truck,” he said.

The trucks, due out sometime next year, will be slightly larger than a Tacoma with engines and transmissions that get better mileage than GM’s full-size trucks, he told reporters after a speech in Detroit. A V-8 version of GM’s new big pickups gets 23 miles per gallon on the highway. Mileage for the six-cylinder engines in the big pickups hasn’t been released yet.

Reuss said GM is evaluating whether to keep the Colorado and Canyon names.

The new trucks will be dramatically different from GM’s newer midsized pickups already on sale in Asia, he said. They will be built at GM’s factory in Wentzville, Mo., which now builds full-size vans. Adding the pickups will create 1,260 new jobs.

So far this year, GM has sold only 2,200 Colorados and just over 600 Canyons. Sales of each are down nearly 80 percent as the aging trucks are phased out. Tacoma sales, however, are up almost 23 percent to just over 39,000 from January through March, according to Autodata Corp.

Overall pickup truck sales are up 11 percent so far this year to almost 499,000.