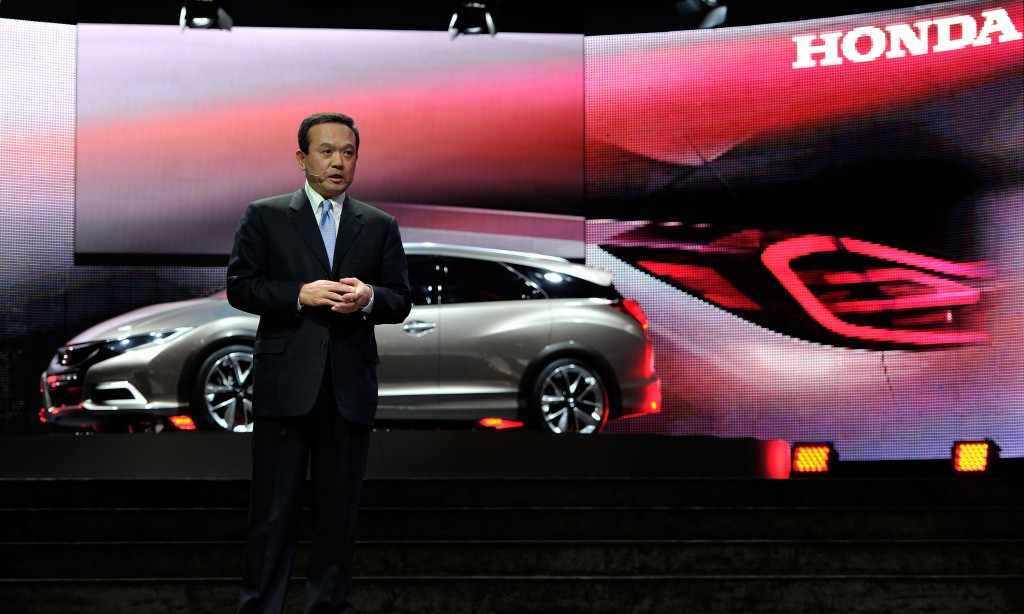 Catch-up is a tough game, and nobody enjoys playing it. The 2013 Honda Civic is a case in point. A crisis intervention by Honda’s purchasing department and engineers make it much better than the disappointing Civic that debuted two years ago, but that only gets it to the level Honda should have attained from the start.

Despite a range of costly and effective improvements, the 2013 Civic is just one good compact among many, not the leader it was for a generation.

Prices for the 2013 Honda Civic sedan start at $18,165. The Civic’s base engine is a 140-horsepower, 1.8-liter four-cylinder linked to a five-speed manual transmission.

The Civic’s voice recognition and integration of hands-free phones aren’t as good as what the best compacts offer. The car I tested also lacked some features I’d like to see at this price, including some sort of blind-spot alert and an auto-dimming rearview mirror.

The top-of-the-line Civic sedan I tested is at the high end of the price range for comparably-equipped models.

The Civic is one of the few compacts that have not upgraded to six-speed transmissions. Its engine is one of the least-powerful in the segment. The result is marginal acceleration and an engine that labors when you put the pedal down.

The Civic’s fuel economy is excellent, however. Its EPA rating of 28 mpg in the city, 39 on the highway and 32 combined beats the base models of all the competitors but the Nissan Sentra, which has a continuously variable transmission and even less power than the Civic.

Honda got the Civic’s platform, steering and suspension right the first time. The compact’s handling is sharp and responsive.

The suspension cushions bumpy surfaces reasonably well and keeps the car stable and steady through enthusiastic maneuvers. The steering provides good feedback and on-center feel. The brakes are firm and easy to modulate, as usual for Honda.

The exterior design was also good from Day 1. The Civic’s understated and refined shape features a subtle crease below the belt line and mildly flared rear fenders. Big windows provide good visibility all around.

The look and feel of the 2013’s passenger compartment are a huge improvement. The top of the dash and doors get high-quality, soft-touch covers.

Leather seats and a leather-wrapped steering wheel complete the antidote to the previous Civic’s cheapskate reputation. The gauges are big, colorful and crystal-clear.

I’m still not sure why Honda has adopted a two-tier gauge package that puts an analog tachometer several inches below, and several inches closer to the driver, than the digital speedometer, trip computer and fuel gauge. I prefer to have all the gauges close together.

Passenger room falls roughly in the middle of the compact set, but the front seat offers plenty of space and a nearly flat floor makes the Civic’s rear seat particularly accommodating.

The rear door openings are a bit narrow, which hampers accessibility. The trunk is among the smallest in the segment. You might not think the materials in a car’s trunk matter, but a fiber liner on the inside of the lid is one of the many changes Honda made to reduce road noise.

If you have to play catch-up, you might as well play it well. Honda did that with the 2013 Civic.

It’s not the leader it was for decades, but Honda’s remedial course addressed the car’s glaring faults and made it competitive again.