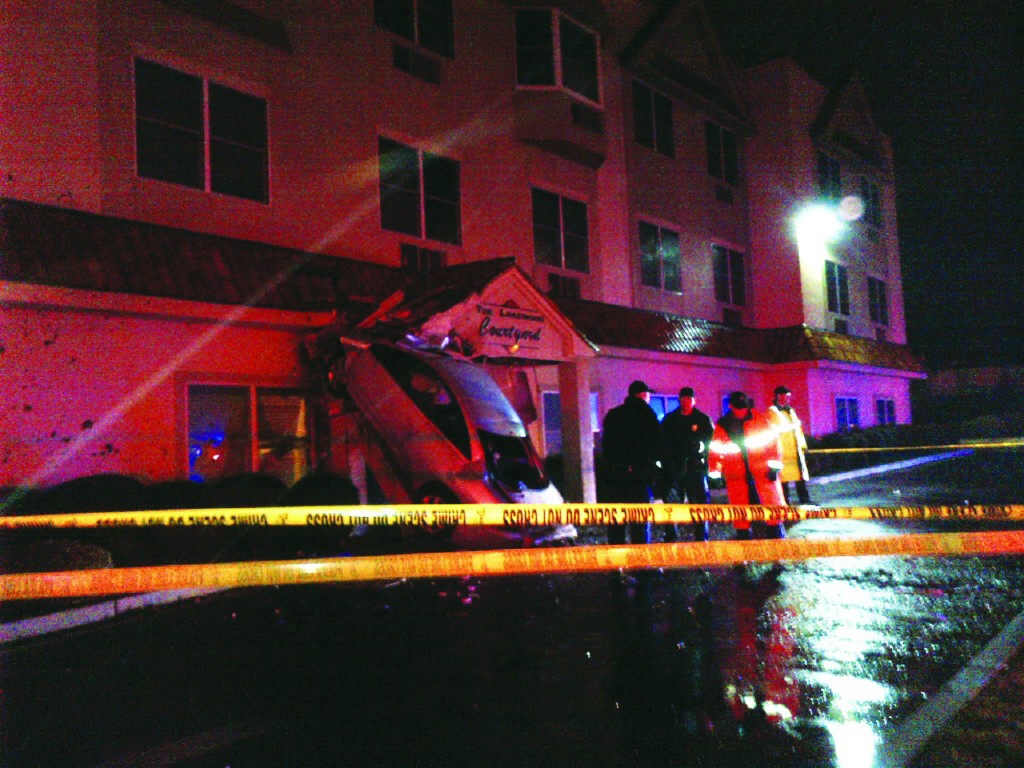 A man died in the early hours of Tuesday morning after crashing his vehicle into the Lakewood Courtyard, an assisted-living apartment complex.

TheLakewoodScoop.com reported that the crash occurred about 2:00 a.m., when the driver was reportedly speeding on Route 88, crossed over Route 9 and slammed into the entrance of the facility at the intersection — landing the vehicle vertically up against the building.

Hatzolah, Lakewood First Aid and EMS rushed to the scene, where the driver was found to be in traumatic arrest, an official said. Emergency responders removed the victim through the rear window, and transported him to Kimball Medical Center, where he was pronounced dead.

An official said that the 28-year old driver was reportedly drunk.