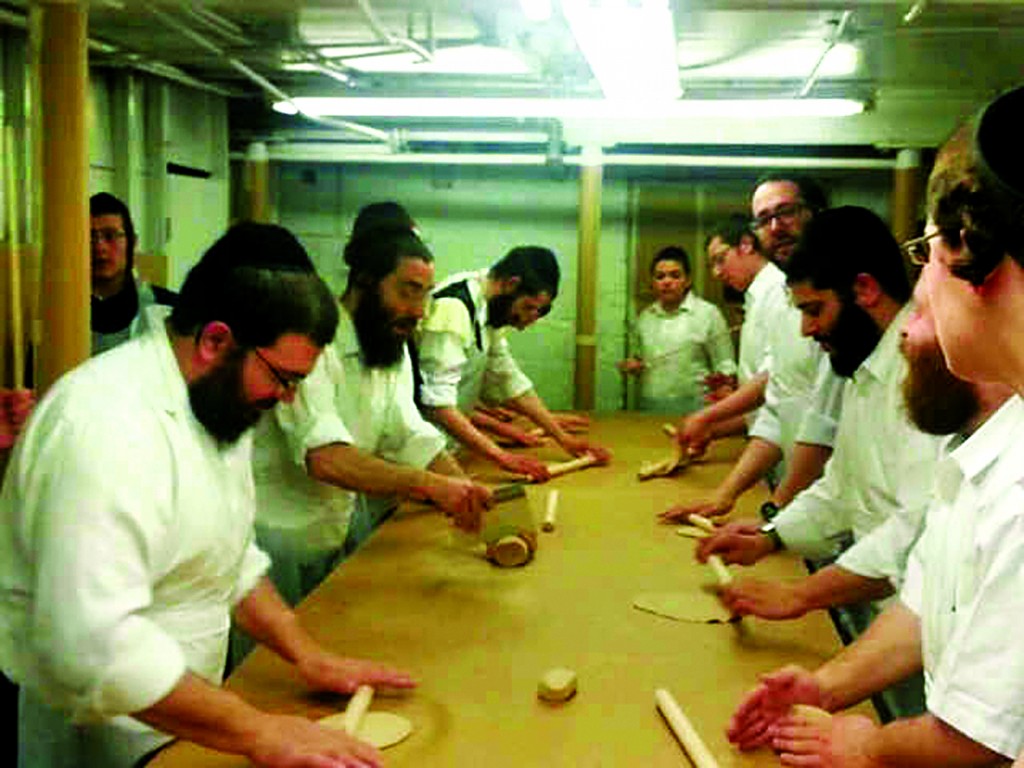 A Boro Park matzah bakery manager said that city inspectors were at his place to make sure that well water, a halachic requirement for matzos, was not used for baking matzos.

The manager, who did not want to go into detail or on record, confirmed to Hamodia that representatives of the city’s Department of Environmental Protection were at the bakery “a few weeks ago” and asked specifically if the water was from an underground well. That was illegal, they said, since it was not treated according to city standards.

“Everybody here was frightened to death when they came,” the manager said.

He said that since the inspection, all matzos in his bakery used mayim shelanu — well water that was kept overnight — that he said was trucked in from Monroe or Lakewood.

Coming in midst of Mayor Michael Bloomberg’s near-daily proposals targeting sugary soda, smoking, obesity and a range of other health problems, the news was initially thought to be a joke.

“Its Pesach, not Purim,” one person, apprised of the inspection, told Hamodia.

Bloomberg’s initiatives — particularly on metzitzah b’peh, which have angered many in the Orthodox community — have inspired a roster of jokes as to how he plans to regulate additional practices.

“They say that Mayor Bloomberg is targeting how much matzah we will be allowed to eat on Pesach,” one community leader told Public Advocate Bill de Blasio to laughter at an event Sunday.

If New York City well water is prohibited, that would affect the longtime schedules of many Rebbes who go draw mayim shelanu on the evening before Pesach, with musical accompaniment and an entourage of Chassidim.