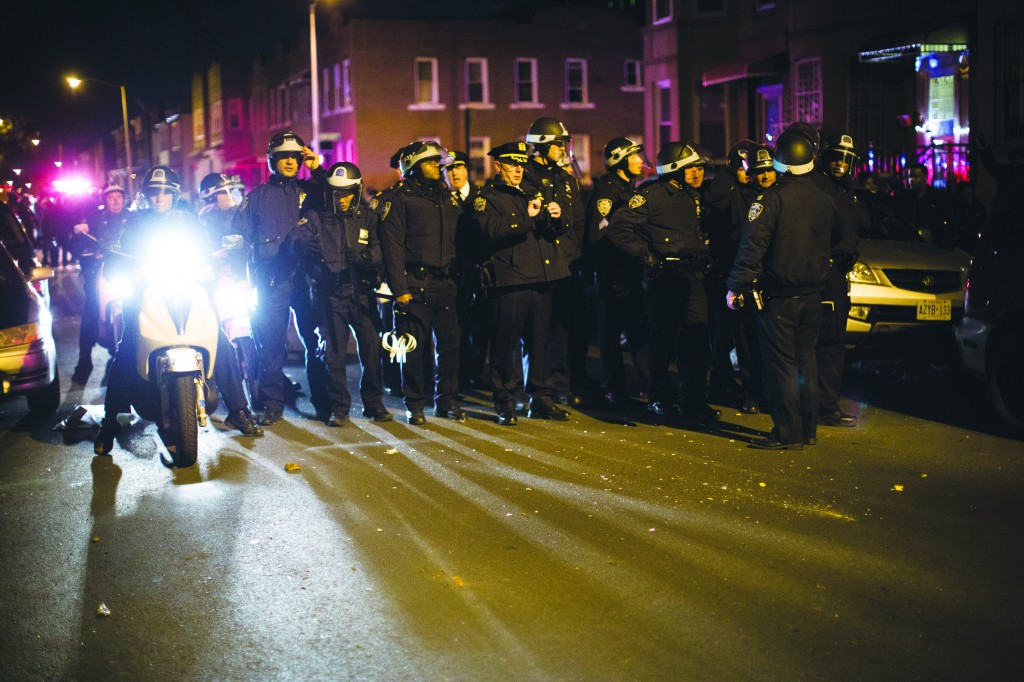 A teen killed by police was shot in front of his best friend’s house after leaving a birthday party, his grieving mother said Thursday.

Kimani “Kiki” Gray was slaughtered, Carol Gray told reporters, and she wants to know why.

Gray, her head wrapped in a black scarf, sobbed as she discussed choosing the color of his casket. She said she doesn’t believe her 16-year-old son pointed a gun at police.

But Mayor Michael Bloomberg said a gun was recovered and it was originally purchased in Florida.

“Our hearts all have to go out to the family of this young man,” said Bloomberg, responding to questions after an unrelated news conference. “So far, all indications are that the young man had a gun, and I can promise you that we will conduct a full and fair investigation.”

Kenneth Montgomery, a lawyer for the family, questioned the police department’s account of how the teen died. He said the family wants to know how the gun was recovered and by whom.

On Wednesday night, a candlelight vigil in Flatbush erupted into a protest against police tactics. Forty-six people were arrested, mostly for disorderly conduct. A police officer suffered a gash in the face after he was hit by an object tossed from a building.

On Monday, dozens of people threw bottles and damaged some stores. Surveillance video shows people throwing fruit and stealing; a cashier cowers in a corner as people loot a shop.

“I understand that there’s anger in the community, but the way to get answers is not through violence or lawbreaking,” Bloomberg said. “We cannot tolerate that, and we will not tolerate that.

“You can rest assured we will take adequate precautions to protect the public,” he said, adding, “I’m not at liberty to discuss what those will be.”

The teen was with a group Saturday night but left when he saw officers in an unmarked car, police said. Authorities said he was acting suspicious and plainclothes officers approached him. According to police, Gray pointed a .38-caliber revolver at them, and they opened fire. He was pronounced dead at a hospital.

Gray was black. The officers involved in the shooting were black and Hispanic and have been placed on administrative duty.

An officer may use deadly force when he has a reasonable fear of serious injury or death. Police Commissioner Raymond Kelly said the shooting appeared to be within those guidelines.