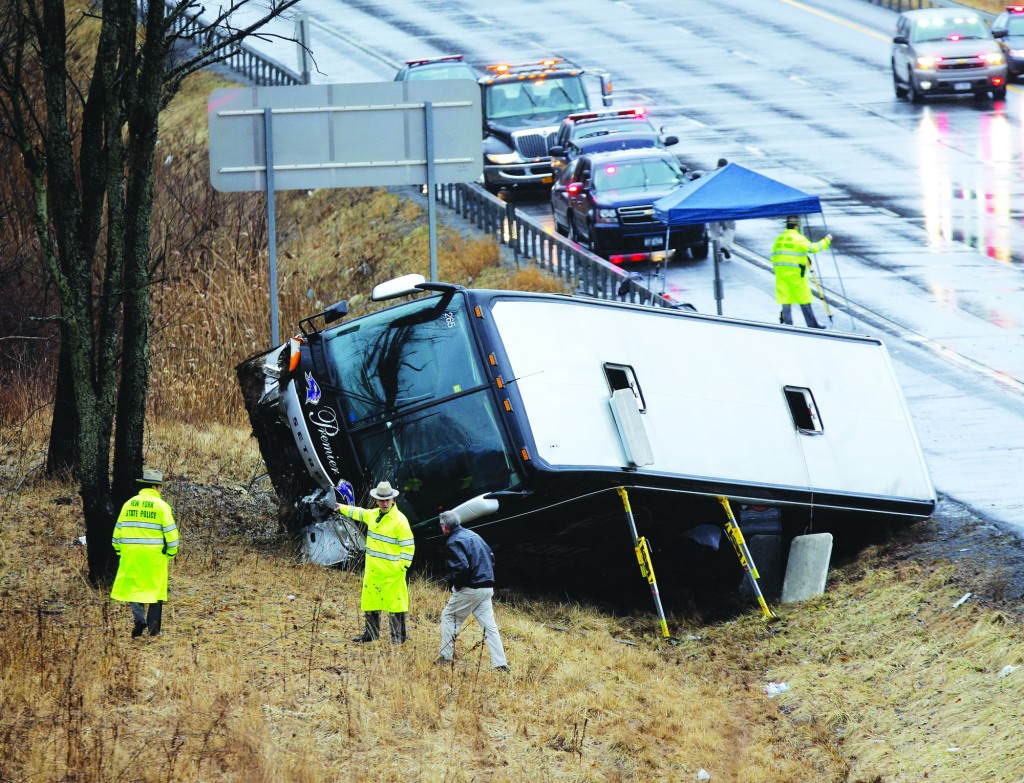 A car spun out of control on a wet highway in upstate New York on Tuesday, crashing into a bus carrying college lacrosse players from Vermont and sending it toppling it onto its side, authorities said. One person in one of two other vehicles involved died.

The victim was pronounced dead at the scene, state Trooper Mark Cepiel said. Another person from one of the vehicles was taken to a hospital, and other people with “very minor” injuries were treated at the scene, he said.

The crash happened shortly before noon Tuesday on Interstate 87 in Saratoga County, about 150 miles north of New York City.

Troopers said the bus had 40 on board and was carrying men from St. Michael’s College, a small Catholic liberal arts school in Colchester, Vt., to a game in Westchester County, just north of New York City.

The bus landed on its side off the road after being hit by one of the cars, which had spun out on the rain-slickened highway. The southbound lane of the highway between exits 9 and 10 remained closed indefinitely Tuesday afternoon, Cepiel said.

Players wearing purple jackets and white shorts stood outside the bus along the wooded edge of the highway after the crash. They were taken on a local school bus to a nearby firehouse.