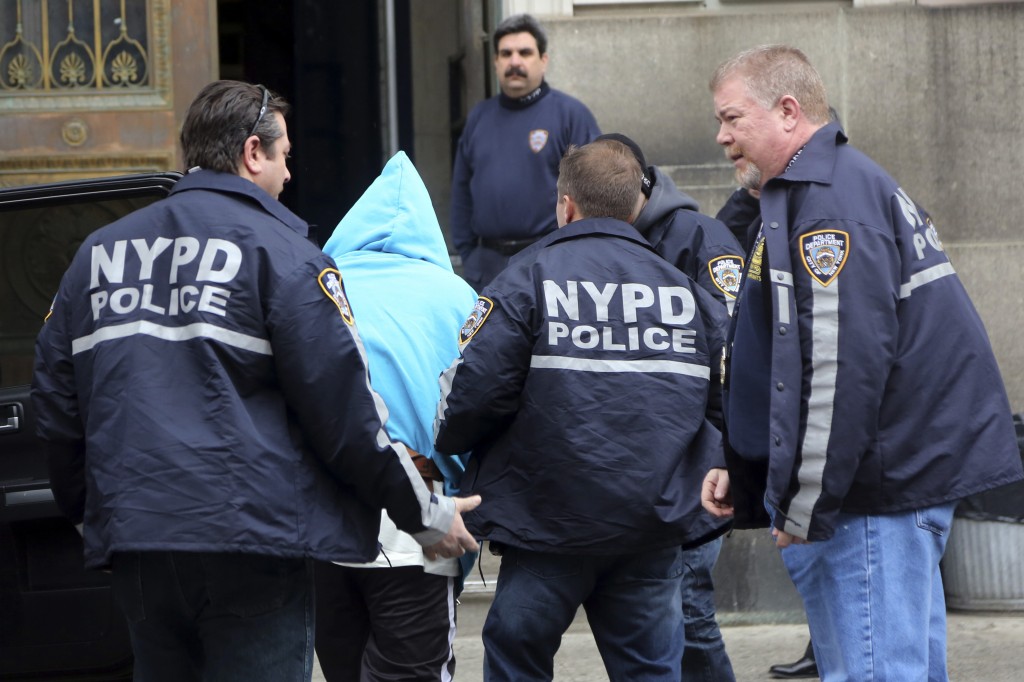 Police say the man arrested in connection with the car crash that killed Reb Nachman and Raizy Glauber and their newborn son, z”l, faces a charge of vehicular manslaughter.

Julio Acevedo was to appear Thursday night in state Supreme Court in Brooklyn to be arraigned.

Acevedo had arrived at a Brooklyn police precinct hours after surrendering to police in the parking lot of a Bethlehem, Pa., convenience store on Wednesday evening. He had been arrested there on a charge of leaving the scene of an accident.

Rabbi Moshe Dovid Niederman, executive director of United Jewish Services of Williamsburg, a spokesman for the Satmar community, of which the Glaubers were members, urged that the culprit be held accountable.

“We are dealing with an individual with a criminal record, someone who killed a person in the past,” Rabbi Niederman told Hamodia. “Only a few weeks ago, he was charged with driving while intoxicated. We suspect that he was also drunk at the time of the crash. The suspicion is bolstered by the fact that he chose to leave the scene and run away, as well as his claim about fleeing from bullets being fired at him. There is no bullet.

“Such an individual must be held accountable so that he isn’t released tomorrow [to] return to his habit,” Rabbi Niederman stressed.

Yanky Itzkowitz, coordinator for Williamsburg Shomrim,  praised the way the NYPD reacted to the tragedy.

“They worked very hard to apprehend this man and bring him to justice,” he said.

In a conversation with Hamodia on Thursday, he revealed that from immediately after the tragedy until the suspect was arrested, he received constant updates from the commander of the 90th Precinct, Deputy Inspector Mark DiPaolo, as well as from Lieutenant James Doherty, commanding officer of the 90th Precinct Detective Squad.

“They really felt the pain of the community,” said Itzkowitz. “They grieved together with us.”

At an appearance in Pennsylvania, Acevedo, 44, told Judge Kelly Banach that he had finished 11th grade, was unemployed, and lives in Brooklyn with his mother. He wore an orange jumpsuit and was shackled at the ankles and wrists.

His surrender was brokered by a friend who had been in touch with police earlier Wednesday. The friend met officers at New York’s Grand Central Terminal and led them to Acevedo in Bethlehem, about 80 miles away, police said. The friend had told police that Acevedo would surrender after consulting an attorney, but there was none with him when he turned himself in, police said.

Acevedo told the Daily News that he was fleeing a gunman who was trying to shoot at him when his borrowed BMW slammed into the hired car, which was carrying the Glaubers to a hospital. He told the newspaper he fled because he was worried he would be killed. But police said there were no reports of shots fired in the area at the time of the wreck.

Rabbi Niederman says that the tragedy had an enormous impact on the community.

“Chazal tell us that when one member of a chaburah passes away, the whole chaburah should fear. [Here,] the chaburah was the entire community; every neshamah of every Yid was touched. There was a tremendous hisorerus for teshuvah and yiras Shamayim. This will certainly be of great benefit to the souls of those who were killed.”