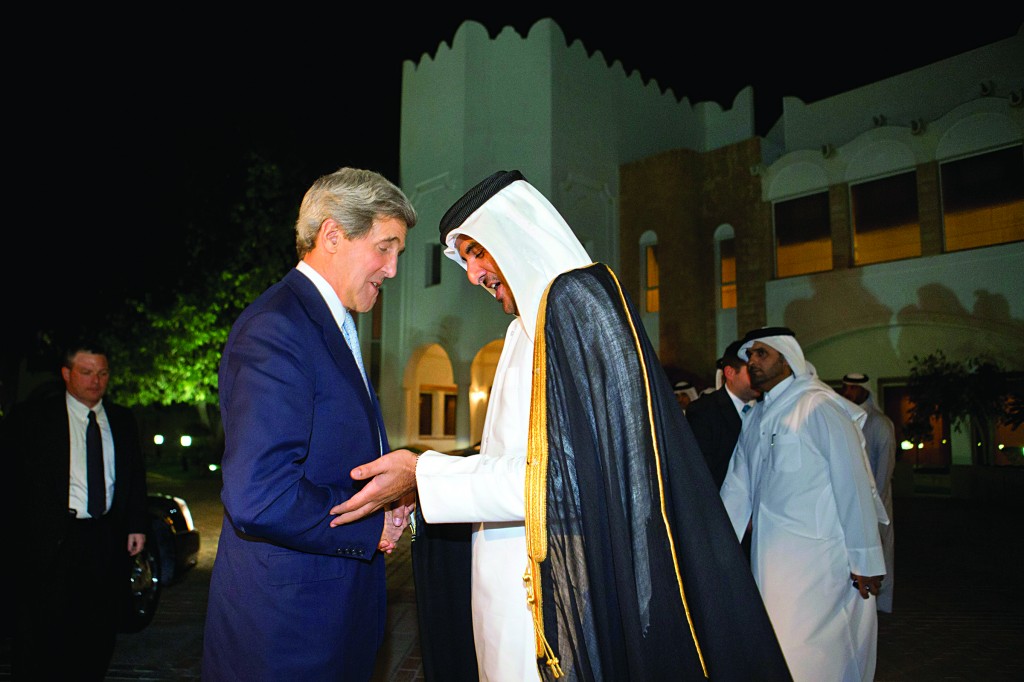 Secretary of State John Kerry said Tuesday the Obama administration is confident that the vast majority of weapons being supplied to Syrian rebels by U.S. allies are going to moderates and not finding their way to extremists.

Speaking in Qatar, one of several Arab nations providing weapons to the rebels, Kerry told reporters he had spoken to Qatari leaders about the matter and said there are now “greater guarantees” that nearly all the arms and ammunition going to the opposition inside Syria are getting into the hands of moderates.

“We did discuss the question of the ability to try to guarantee that it is going to the right people and the moderate Syrian Opposition Coalition and I think it’s really in the last months that that has developed as a capacity that we have greater confidence in,” he said at a joint news conference with Qatar’s PM Hamad bin Jassim.

“You can’t guarantee that one weapon or another may not fall in that kind of a situation into the hands that you don’t want it to,” he said. “But, in terms of fundamental balance of battlefield tactics and of effort, I think it is pretty clear that the prime minister shares a belief in trying to do what we need to do rapidly and to try to effect this through the SNC.”

“There are greater guarantees now that the weapons are being transferred directly into the moderate Syrian opposition,” he said.

Marine Corps Gen. James Mattis, the top officer at U.S. Central Command, told the Senate Armed Services Committee that he backed the administration’s policy not to arm the rebels because of concerns that weapons still could wind up in extremists’ hands.

Kerry last week announced that the United States would be providing the Syrian Free Army with direct non-lethal military assistance like rations and medical supplies, but would continue to hold off on arms.