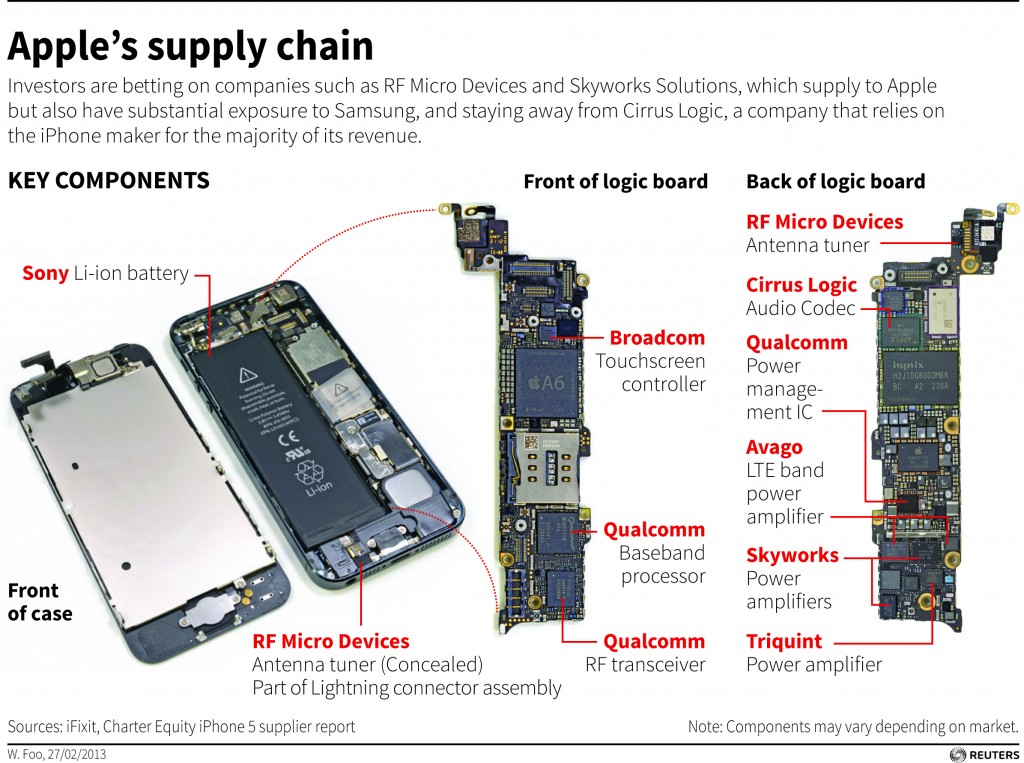 Apple CEO Tim Cook sought to reassure shareholders worried about the company’s sagging stock price that the iPhone and iPad maker is on the verge of inventing more breakthrough products that will prove it hasn’t lost its creative edge.

“The company is working as hard as ever, and we have some great stuff coming,” Cook told shareholders Wednesday before taking their questions during Apple’s annual meeting at its Cupertino, Calif., headquarters.

True to Apple’s secretive nature, Cook didn’t provide any further product details, although at one point he said the company is considering entering other categories besides its popular line of digital music players, smartphones and tablet computers.

There has been speculation that Apple is working on an Internet-connected watch or TV that will be introduced later this year. One shareholder at Wednesday’s meeting threw a new idea for Apple to ponder – a computerized bicycle. Cook, an avid bicyclist, chuckled at the suggestion, along with the rest of the audience.

Although there were more moments of levity, Wednesday’s meeting was less celebratory than the events in past years, when Apple’s stock price was soaring to the delight and enrichment of its shareholders.

Since hitting an all-time high of $705.07 five months ago, Apple’s stock has plunged by 37 percent. The decline has wiped out collective shareholder wealth totaling $240 billion. That amount exceeds the total market value of Microsoft Corp., which reigned as the most influential company in personal computing until Apple ushered in an era of mobile devices with the 2007 release of the iPhone and the 2010 introduction of the iPad.

Cook, who became CEO shortly before Apple co-founder Steve Jobs died in October 2011, has a huge incentive to get the company’s stock price strong again. The 1.1 million Apple shares he owns are worth about $300 million less than they were five months ago.

“I don’t like it, either,” Cook said of the downturn in Apple’s stock.

Apple Inc. hasn’t unveiled another trailblazing product since Cook took over, raising concerns about whether the company is losing the ingenuity that has set it apart from the rest of the technology pack.

Cook told shareholders the company’s commitment to innovation remains Apple’s “North Star” and “the beat of its heart.”

His pep talk evidently didn’t inspire many investors. Apple’s stock shed another $4.40 to close Wednesday at $444.57.

Shareholders still affirmed their confidence in Cook at the meeting. Preliminary results showed Cook was re-elected to Apple’s eight-member board of directors with 99 percent of the vote.

Wall Street may have been disappointed that Cook didn’t provide any further clarity on whether Apple might distribute some of its $137 billion in cash to shareholders in the form of a dividend increase or a special one-time payment.

Apple shareholder David Einhorn, who runs the Greenlight Capital hedge fund, turned Apple’s cash hoard into a hot topic in the weeks leading up to the meeting. He sued to block a proposal that would have required shareholder approval for Apple to issue preferred stock. Einhorn argued that if approved, it would create a bureaucratic hurdle that could make it more cumbersome to return cash to shareholders. He wants Apple to issue preferred shares called “iPrefs” that would yield an annual dividend of 4 percent.

A potential showdown was averted last week when a federal judge ruled that Apple had improperly bundled several corporate governance issues, including the handling of preferred stock, in the same proposal. Apple withdrew the proposal from Wednesday’s agenda, to the chagrin of two shareholders who said they would have voted for it. Supporters of the measure included the California Public Employee Retirement System, or CalPERS, which urged Cook to do what’s best for Apple’s long-term interests.

“I would say the message is, ‘Keep calm and carry on,'” said Anne Simpson, who oversees corporate governance for CalPERS.

In response to a question Wednesday, Cook said Einhorn’s resistance to a shareholder vote on preferred stock remains “a silly sideshow, regardless of how a judge ruled on it.” Cook’s remarks echoed the derisive description he used during an appearance at an investor conference earlier this month.

Cook also sounded a familiar refrain when he discussed Apple’s pile of cash. “This is a serious subject, and one we deliberate on as a board and a management team. We are in very, very active discussions on it,” Cook said.

Not long after Cook made similar remarks at last year’s annual meeting, Apple announced plans to start paying a quarterly dividend of $2.65 per share, and to spend $10 billion buying back its stock in the fiscal year that began last October. Even though the dividend commitment costs Apple $10 billion annually, the company now has $39 billion more cash than it did a year ago.

The prosperity underscores the ongoing popularity of Apple’s products.

Although Apple is selling more gadgets than ever before, the company’s profits and sales aren’t growing as robustly because of fiercer competition from a multitude of other smartphones and tablet computers, including ones costing less. Apple’s biggest headaches have been caused by Android, a mobile operating system that Internet search leader Google Inc. gives away to a long list of device makers led by Samsung Electronics Co.

There are now an estimated 600 million devices running on Android, giving it a lead over Apple.

Cook said Apple remains more interested in the quality of its products than the quantity sold.