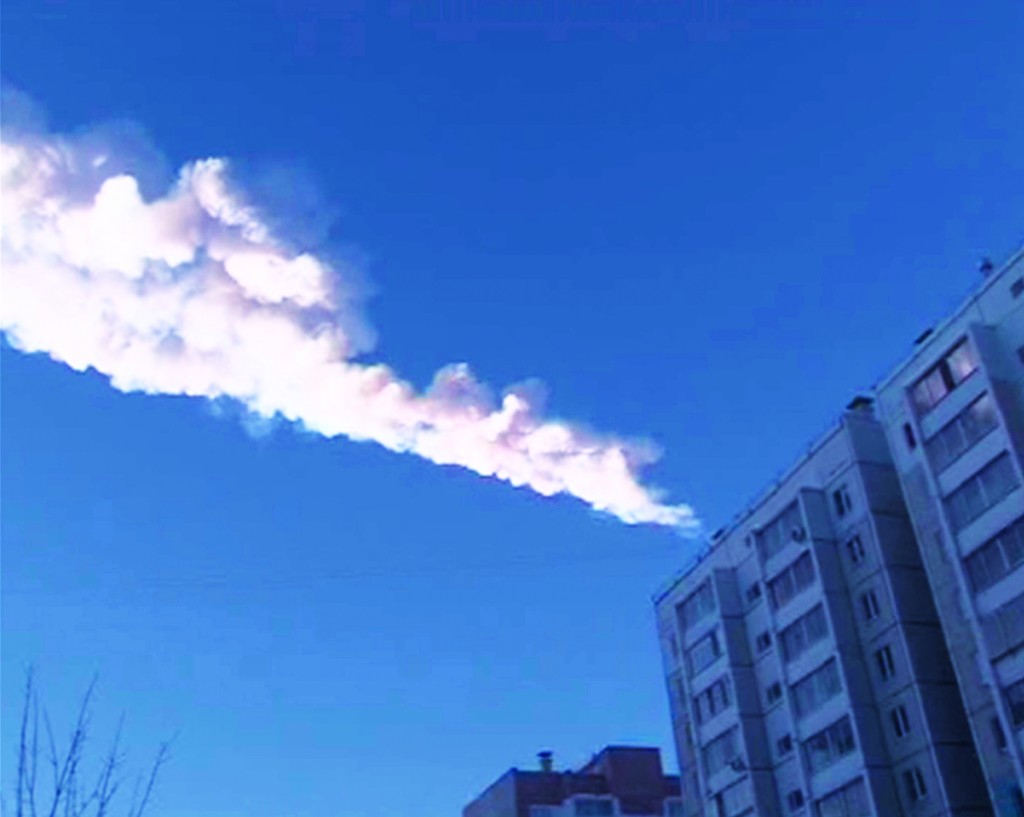 Thousands of Russian emergency workers went out over the weekend to clear up the damage from a meteor that exploded over the Ural Mountains, damaging buildings, shattering windows and showering people with broken glass.

Authorities say more than half of the acres of windows smashed in the city have been replaced.

Friday’s explosion, estimated to be equivalent to several atomic bombs, shattered glass in more than 4,000 buildings in Chelyabinsk and the surrounding region, leaving residents vulnerable in temperatures well below freezing.

The Chelyabinsk city administration said in a Sunday statement that nearly 60 percent of the city’s broken windows had been replaced.

Divers searched a lake near the city of Chelyabinsk, where a hole several feet wide had opened in the ice, but had so far failed to find any large fragments, officials said.

The scarcity of evidence on the ground fueled scores of conspiracy theories over what caused the fireball and its huge shockwave on Friday in the area that is host to many defense industry plants.

Nationalist leader Vladimir Zhirinovsky told reporters in Moscow it could have been “war-mongers” in the United States. “It’s not meteors falling. It’s a new weapon being tested by the Americans,” he said.

Asked about the speculation, an official at the local branch of Russia’s Emergencies Ministry simply replied: “Rubbish.”

Residents of Chelyabinsk, an industrial city 1,500 km (950 miles) east of Moscow, heard an explosion, saw a bright light and then felt a shockwave that blew out windows and damaged the wall and roof of a zinc plant.

A fireball traveling at a speed of 30 km (19 miles) per second, according to Russian space agency Roscosmos, blazed across the horizon, leaving a long white trail visible as far as 200 km (125 miles) away.

NASA estimated the meteor was 55 feet across before entering Earth’s atmosphere and weighed about 10,000 tons.

It exploded miles above Earth, releasing nearly 500 kilotons of energy — about 30 times the size of the nuclear bomb dropped on the Japanese city of Hiroshima in World War II, NASA added.

Search teams said they had found small objects up to about 1 cm (half an inch) wide that might be fragments of a meteorite, but no larger pieces.

The Chelyabinsk regional governor said the strike caused about 1 billion rubles ($33 million) worth of damage.

Repair work had to be done quickly because of the freezing temperatures, which sank close to -20 degrees Celsius (-4 Fahrenheit) at night.

Emergencies Minister Vladimir Puchkov inspected the damage after President Vladimir Putin sent him to the region.

His ministry is under pressure to clean up fast following criticism over the failure to issue warnings in time before fatal flooding in southern Russia last summer and over its handling of forest fires in 2010.