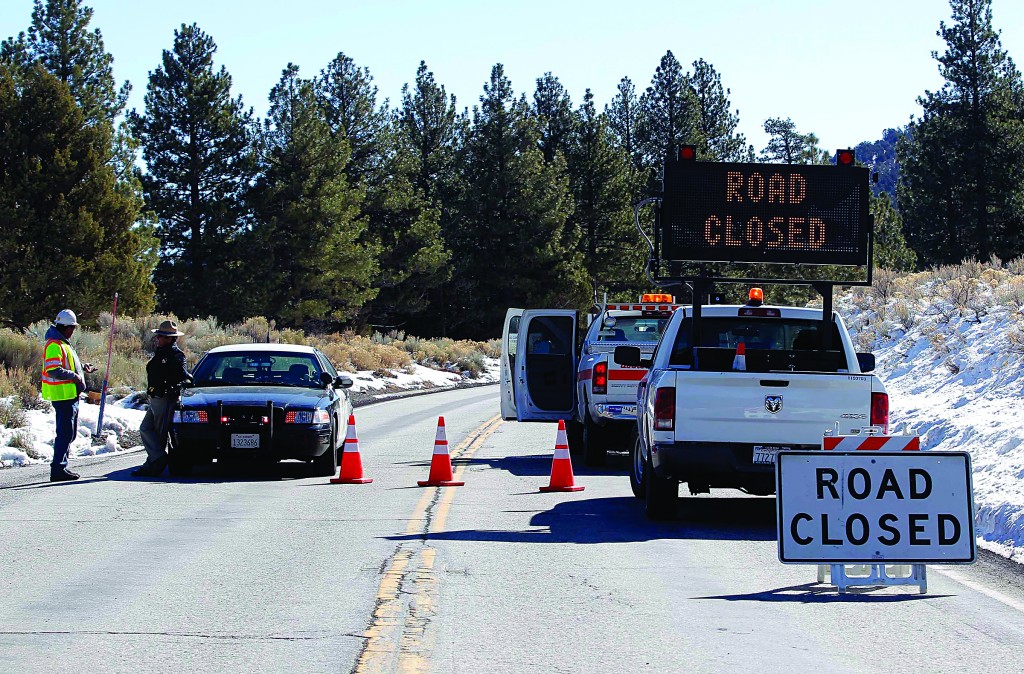 The California standoff involving fugitive Christopher Dorner shortened previews of President Obama’s State of the Union address Tuesday but did not interrupt coverage of the speech.

CNN, Fox News Channel and MSNBC had set aside the hour before Obama spoke to discuss the annual Washington ritual but instead spent most of that time showing aerial footage of a cabin burning in southern California, marking the apparent end of Dorner’s effort at targeting police officers — even as information on what was actually happening was sketchy.

A charred body was found in the basement of the burned cabin along with a wallet and personal items, including a California driver’s license with the name Christopher Dorner, an official briefed on the investigation told The Associated Press on condition of anonymity because of the ongoing investigation.

The coroner’s office is studying the remains to positively determine the identity. It was not clear how the cabin caught fire.

The apparent end came in the same mountain range where his trail went cold six days earlier, when his burning pickup truck – with guns and camping gear inside — was abandoned and on fire near the ski resort town of Big Bear Lake.

His footprints led away from the truck and vanished on frozen soil.

Deputies searched door-to-door in the city of Big Bear Lake and then, in a blinding snowstorm, SWAT teams, with bloodhounds and high-tech equipment in tow, focused on scouring hundreds of vacant cabins in the forest outside of town.

With no sign of him and few leads, police offered a $1 million reward to bring him to justice and end a “reign of terror” that had more than 50 families of LAPD officers who were mentioned as targets in the rant under round-the-clock protection.

If the body proves to be Dorner, the death toll in his rampage would be four, including two police officers, one of them killed on Tuesday.