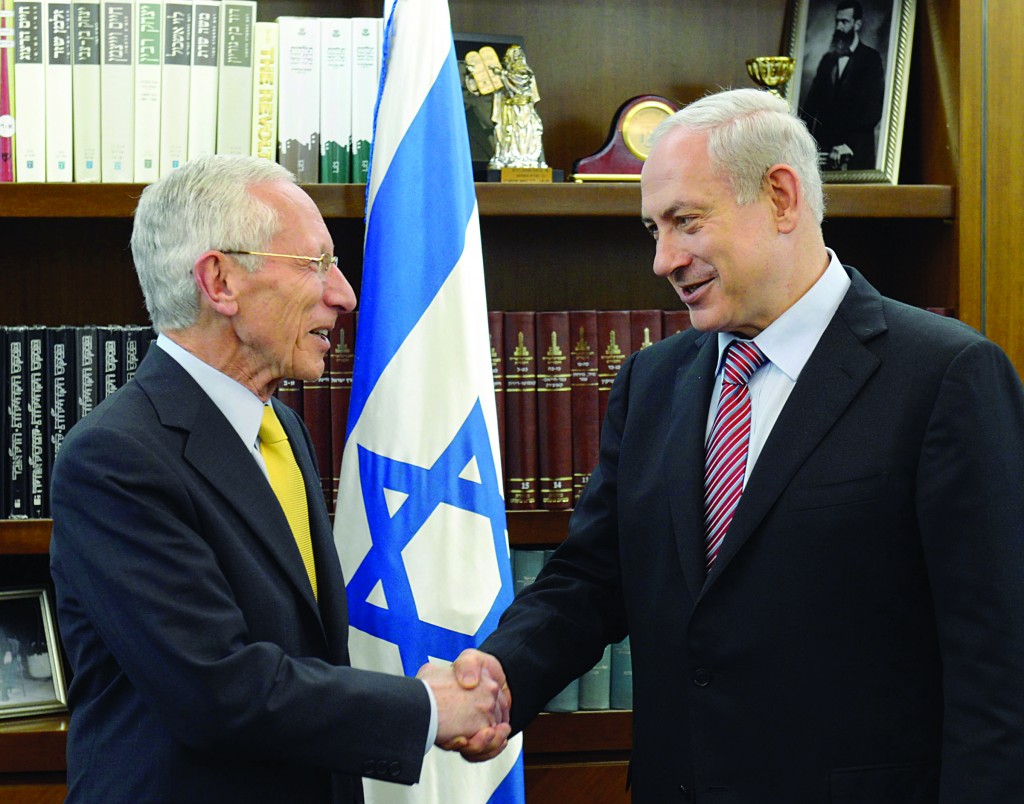 Stanley Fischer, the governor of Israel’s Central Bank, widely credited with steering the nation’s economy safely through years of world financial turmoil, resigned suddenly on Tuesday, two years before his term was set to expire.

In a brief statement, the Bank of Israel said Fischer informed Prime Minister Binyamin Netanyahu that he will step down on June 30. It gave no explanation for the departure and said he would give a news conference on Wednesday to formally announce the decision

Fischer, an internationally respected economist, served as deputy director of the International Monetary Fund and held top posts at World Bank and Citigroup Inc. before taking over Israel’s central bank in 2005.

His monetary policies and Israel’s tight control of its banks are seen as responsible for the nation’s stability despite the worldwide economic crisis that hit during his reign. Israel’s economy continues to grow, and unemployment is roughly 6.5 percent, relatively low in world terms.

His departure comes two years before the end of his second five-year term. Israeli media speculated that his resignation was due to personal reasons, not a disagreement with the government.

In a statement, Netanyahu praised Fischer and thanked him for his service.

Finance Minister Yuval Steinitz called Fischer “an asset not only to the Israeli economy but also to Israel’s international image, thanks to his status and connections in the world.”

Fischer, 69, was born in North Rhodesia, now Zambia, and educated at the London School of Economics and Massachusetts Institute of Technology. He served as the thesis adviser to U.S. Federal Reserve Chairman Ben Bernanke at MIT in the 1970s.

At the IMF, he worked on resolving financial crises in Mexico, Russia, and Southeast Asia during the 1990s. He was a vice chairman at Citigroup when he was hired as central bank chief.

Fischer was initially seen as an outsider when he first arrived, wearing tailored suits in an open-collar Mediterranean country and speaking heavily accented Hebrew. He quickly won plaudits for his calm demeanor and success in managing the economy through turbulent times.

In Israel, Fischer has been credited with moving early to cut interest rates and intervening in the currency market to protect the local export sector.

With the economy improving in 2009, Israel began raising interest rates, making it the first nation to take such a step toward post-recession stabilization. He was also instrumental in promoting Israel’s successful bid for acceptance into the Organization for Economic Cooperation and Development, a grouping of 30 of the world’s richest nations.

In mid-2011, Fischer applied for the top job at the IMF, after its director, Dominique Strauss-Kahn, was forced to resign. At the time, he called it a “once-in-a-lifetime” opportunity. He was disqualified because, 67 years old at the time, he was two years above the maximum age for an incoming managing director.

Sever Plocker, a senior Israeli economic commentator, said Fischer was “the responsible adult” of the Israeli economy throughout his eight-year tenure and revamped the entire approach to economic thinking in Israel.

Fischer pushed for a bill outlining a new governing structure for the central bank that promotes transparency and stability. He maintained large sums of foreign currency reserves, now standing at some $75 billion, and wielded significant influence over fiscal policy that has led to Israel’s high growth rate and low unemployment.

“Because of his status, everyone was afraid of him and his criticism, and he is responsible for Israel’s government carrying out a largely responsible policy these past eight years,” said Plocker.

“He was willing to use interest rates as a tool. Previous governors saw interest rates only as a way to battle inflation. He also used them to prevent unemployment and recession,” Plocker said.

“No man is irreplaceable, but his departure is a huge loss to the Israeli economy,” he said.

Fischer faced some criticism from those who said his low interest rate policy contributed to a surge in Israel’s housing prices. Plocker countered that the effect was negligible, and a lack of supply was the main cause of the housing crisis.

His successor will face significant challenges, including the still skyrocketing real-estate market, shielding the country from the European economic crisis and coping with a larger than expected government deficit that could well bring deep cutbacks.