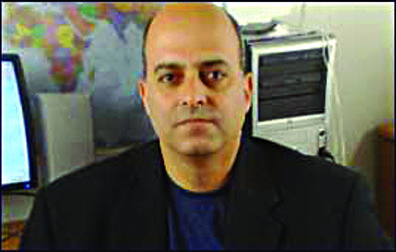 By the time older executives reach their 40s in Israel they are considered “dead wood,” says Shmuel Grimland from the University of Haifa, who has convincing new evidence that the opposite is true.

In a new study, Grimland found that managers in high-tech and engineering companies actually reached their career peak in their late 50s or early 60s, suggesting that it’s time for businesses to rethink their hiring and firing practices. This study could turn the tables on management structures in the future, and the way companies pay out management to retire early.

The shift in peak productivity of managers in Israel appears to be linked to a global trend where people are living longer, higher-quality lives than their counterparts from earlier generations. It makes sense, then, that the range of productivity and peak performance should be adjusted as well to account for the longer lifespan. This is something that will need to be evaluated in the workforce, Grimland believes.

The notion of taking on more mature employees has been a hot debate. People are living longer lives and want to continue to work past typical retirement age. This study shows that mature managers could play an important, if not lead, role in companies looking to get an “older” leg up on the competition.

According to Grimland, the results made sense to him even prior to the investigation. “I really wasn’t surprised about what we found among Israeli managers, and it is likely true in other countries as well that the vitality of the aging workforce is increasing,” he says.

This is contrary to what’s being practiced: The feeling in Israel is that if you want to work in the high-tech community in your 50s, “then there will be a big problem for you,” Grimland says.

In his study, the assumption is that vitality is a multidimensional quality that represents passion, vigor, facility, abilities and job satisfaction, and this is “not only going to be true in the Israeli environment,” Grimland surmises. More research would need to be done on the subject in specific countries to be certain.

The high-tech, engineering and infrastructure executives managers surveyed showed that their highest level of career vitality peaked at age 57. Results from the study indicate that vitality crests between 50 and 59, and if graphed shows an inverted U shape. Before the 50s and after the 50s, the vitality of the manager decreases.

Vitality was measured using an existing tool developed by looking at parameters defined in an American study that measured vitality in high-school principals in southern states. Grimland asked permission to use this tool for his own study.

Supervised by Prof. Eran Vigoda-Gadot from the University of Haifa’s School of Political Sciences and Prof. Yehuda Baruch from the Rouen Business School, the researchers interviewed 545 managers from both the private and public sectors. The layers of management run the gamut from smaller level project managers to senior company VPs.

Commitment to work was found to be stronger in the older age group, as they were more able to draw on past personal resources to help them succeed. There was also a strong link found between an existing vitality measurement and the place where the manager was in the company. Those managers who measured high for vitality were all the more likely to have higher-level management positions. These same people were also the least likely to leave their jobs.

“Workers’ vitality fuels the success of the organization, and the fact that professional vitality is preserved and actually rises well into one’s 50s indicates that organizations investing in this aspect of the workplace will be able to benefit from productive workers for many years,” the researchers concluded.