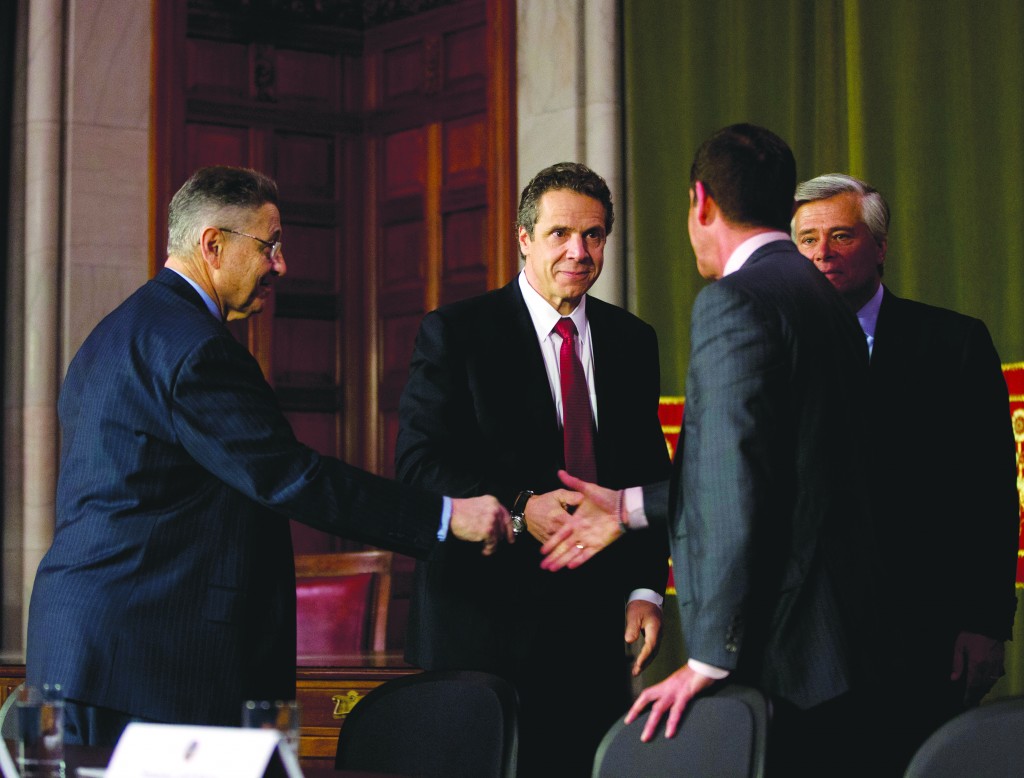 The Quinnipiac University poll released Wednesday shows the Democrat dropped from his all-time high job approval rating of 74 percent in December to 59 percent now. Cuomo’s support among Republicans dropped to 44 percent, from 68 percent in early December. Democratic support dropped from 82 percent to 74 percent.

Cuomo, who supporters want to consider a 2016 run for president, also lost ground among both men and women voters.

Despite the drop, a 59 percent approval rating is high for most sitting governors.

Carroll said New Yorkers appear concerned about what he considers Cuomo’s liberal turn this year. The State of the State speech Jan. 9 by Cuomo, who has fashioned himself a “new Democrat,” included calls for the gun control measure, raising the minimum wage and further measures to cement New York as the nation’s “progressive capital.”

“His numbers went way, way down,” Carroll said. “I’m inclined to believe it was the meandering through the liberal landscape … that was a very peculiar State of the State speech.”

Cuomo, however, blames the drop on the public’s misunderstanding of the gun measures, which he rushed into law without public hearings or the required public review period. He said the law won’t infringe on legal gun owners’ rights and will save lives by registering assault weapons. He said that registry will be used in cross-referencing data bases for the mentally ill and criminals.

“I understand the political sensitivity of this issue,” Cuomo said Wednesday. “Their position is, ‘I don’t want any government interference because I’m afraid it’s a slippery slope’ and ‘Why are you trying to take my gun?’”

“That is not the case with the law that we passed,” he said. “The more they understand the law, and the more they hear about the law, the better they are going to feel because it has nothing to do with the legitimate ownership of a gun.

But the governor said taking more time before passing the law wouldn’t have helped the public understand it better. After days of closed-door meetings, Cuomo issued an emergency order that allowed the Legislature to suspend the three days’ public review required of all bills under the constitution. The gun legislation easily passed both chambers before getting Cuomo’s signature.

“Do I think it gets better when people realize there was no slippery slope and this wasn’t really an attempt to take legitimate guns or control legitimate guns? Yes,” Cuomo said. But is that going to change the basic dynamic? Not at all.”

“The only way people will see that’s not true, is when it doesn’t happen,” he said.

Quinnipiac questioned 1,127 voters from last Wednesday to Sunday. The poll has a margin of error of 2.9 percentage points.