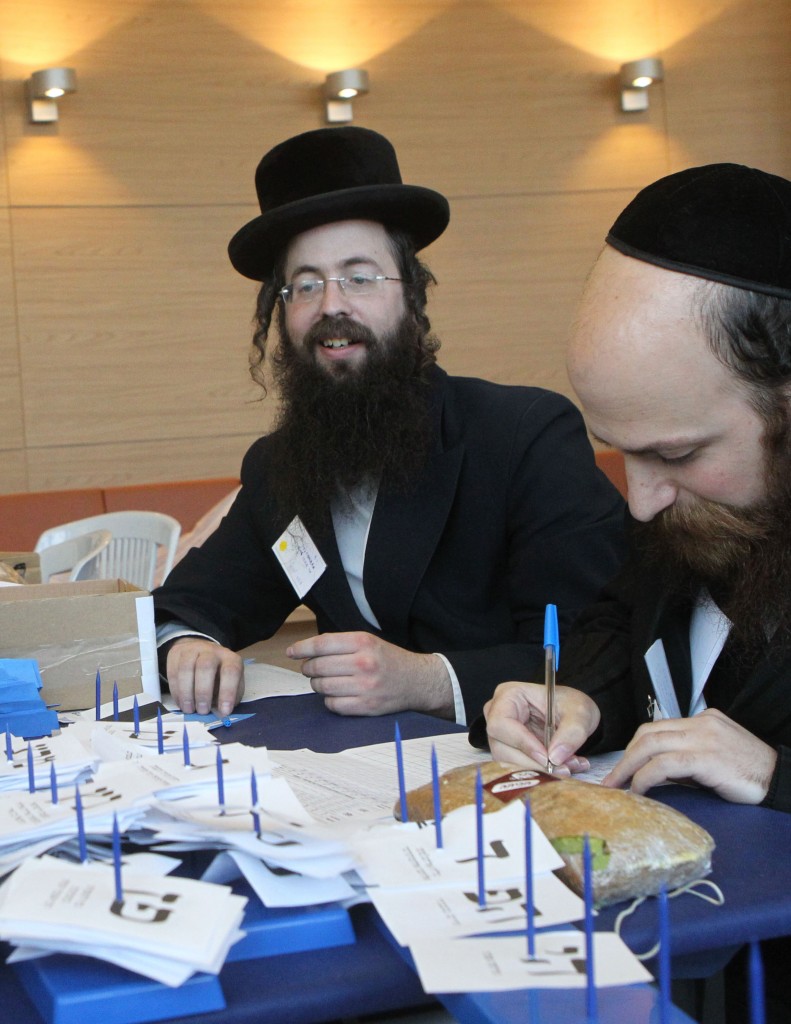 United Torah Judaism’s rise from five to seven Knesset seats would not have happened if not for the vigilance of Rabbi Avraham Weber, a veteran UTJ election official.

As the Central Election Committee was counting votes, Rabbi Weber noticed bizarre returns coming in from several chareidi precincts in different parts of the country. Inexplicably, polling places that were expected to produce mostly UTJ votes were instead reporting a landslide for the Labor party.

This was especially suspicious because it is well known to experienced observers that the only sectors in Israel that vote in solid blocs are chareidim and Arabs. By contrast, secular neighborhoods split their votes between Labor and the other center-left parties.

Rabbi Weber repeatedly complained to the Central Election Committee that the numbers could not be accurate and pleaded for an urgent investigation.

The total number of erroneous votes came to nearly 3,000, enough to make the difference between six mandates and seven!

The explanation given for the “errors” had to do with the Israeli electoral system, in which voters at the polls select from an array of paper slips each printed with the identifying letters of one of the parties running candidates for the Knesset (in 2013, there were 32 parties, 32 slips).

What happened was that electoral clerks were erroneously switching the vote figures for the No. 2 slot (UTJ) with the No. 1 slot (Labor), and all those UTJ votes had gone to Labor.

Thanks to Rabbi Weber, they were returned to UTJ.