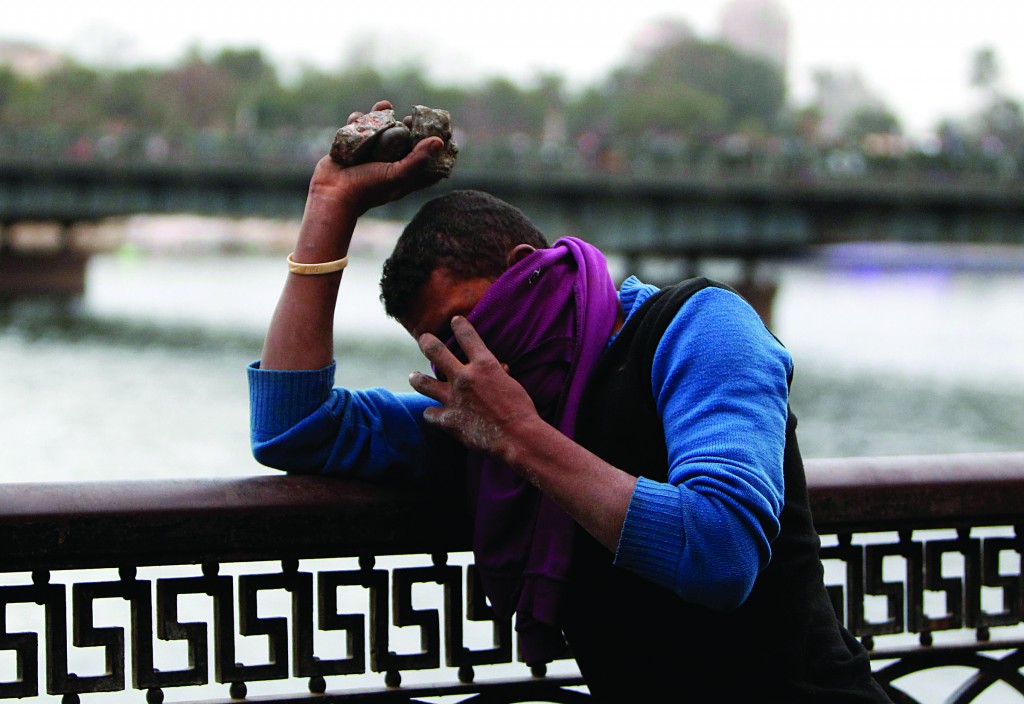 Thousands of Egyptian protesters ignored a curfew on Monday to take to the streets in cities along the Suez canal, defying a state of emergency imposed by Islamist President Mohamed Morsi to end days of violence that has killed at least 51 people.

One man was killed in violence late on Monday in Port Said and another was shot dead earlier in Cairo as a wave of violence raged on, unleashed last week on the eve of the two-year anniversary of the popular revolt that brought down autocrat Hosni Mubarak.

Political opponents spurned a call by Morsi for talks to try to end the violence, with main opposition groups refusing to attend a meeting.

Instead, huge crowds of protesters took to the streets in the capital Cairo, Alexandria, and in the three Suez Canal cities — Port Said, Ismailia and Suez — where Morsi imposed emergency rule and a curfew on Sunday.

“Down, down with Mohamed Morsi! Down, down with the state of emergency!” crowds shouted in Ismailia in defiance of the curfew. In Cairo, flames lit up the night sky where protesters set police vehicles ablaze.

In Port Said, men attacked police stations after dark. A security source said some police and troops were injured. A medical source said one man was killed in clashes.

“The people want to bring down the regime,” crowds chanted in Alexandria. “Leave means go, and don’t say no!” they shouted.

The demonstrators accuse Mubarak’s successor Morsi of betraying the revolution that brought down Mubarak. Morsi and his supporters accuse the protesters of seeking to overthrow the country’s first-ever democratically-elected leader through undemocratic means.

Monday was the second anniversary of one of the bloodiest days in the revolution, which erupted on January 25, 2011 and ended Mubarak’s iron rule 18 days later.

The past two years have seen the Islamists win two referenda, two parliamentary elections and a presidential vote. But that legitimacy has been challenged by an opposition that accuses Morsi of imposing a new form of authoritarianism, and punctuated by repeated waves of unrest that have prevented a return to stability in the most populous Arab state.

The army has already been deployed in Port Said and Suez and the government agreed a measure to let soldiers arrest civilians as part of the state of emergency.

A cabinet source told Reuters any trials would be in civilian courts, but the step is likely to anger protesters who accuse Morsi of using tactics like those used by Mubarak.

Propelled to the presidency in a June election by the Muslim Brotherhood, Morsi has lurched through a series of political crises and violent demonstrations while trying to shore up the economy and prepare for a parliamentary election to cement the new democracy in a few months.

The instability unnerves Western capitals, where officials worry about the direction of a key regional player that has a peace deal with Israel. The United States condemned the deadly violence and called on Egyptian leaders to make it clear that violence is not acceptable.