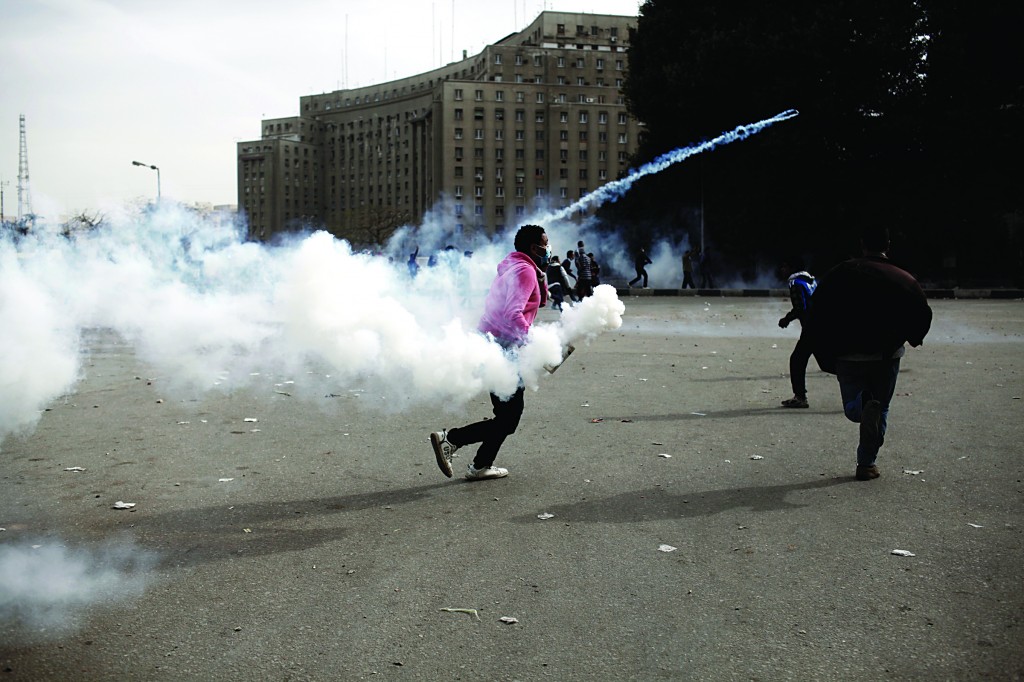 Egypt’s president declared a state of emergency and curfew in three Suez Canal provinces hit hardest by a weekend wave of unrest that left more than 50 dead, using tactics of the ousted regime to get a grip on discontent over his Islamist policies and the slow pace of change.

Angry and almost screaming, Mohammed Morsi vowed in a broadcast address on Sunday night that he would not hesitate to take even more action to stem the latest eruption of violence across much of the country. But at the same time, he sought to reassure Egyptians that his latest moves would not plunge the country back into authoritarianism.

“There is no going back on freedom, democracy and the supremacy of the law,” he said.

The worst violence this weekend was in the Mediterranean coastal city of Port Said, where seven people were killed on Sunday, pushing the death toll for two days of clashes to at least 44. The unrest was sparked on Saturday by a court conviction and death sentence for 21 defendants involved in a mass soccer riot in the city’s main stadium on Feb. 1, 2012, that left 74 dead.

Most of those sentenced to death were local soccer fans from Port Said, deepening a sense of persecution that Port Said’s residents have felt since the stadium disaster, the worst soccer violence ever in Egypt.

At least another 11 died on Friday elsewhere in the country during rallies marking the second anniversary of the anti-Mubarak uprising. Protesters used the occasion to renounce Morsi and his Islamic fundamentalist group, the Muslim Brotherhood, which emerged as the country’s most dominant political force after Mubarak’s ouster.

The curfew and state of emergency, both in force for 30 days, affect the provinces of Port Said, Ismailiya and Suez. The curfew takes effect Monday from 9 p.m. to 6 a.m. every day.

The three are leaders of the National Salvation Front, an umbrella for the main opposition parties.

Khaled Dawoud, the Front’s spokesman, said Morsi’s invitation was meaningless unless he clearly states what is on the agenda. That, he added, must include amending a disputed constitution hurriedly drafted by the president’s Islamist allies and rejected by the opposition.

He also faulted the president for not acknowledging his responsibility for the latest bout of political violence.

“It is all too little too late,” he told The Associated Press.

Morsi did not say what he plans to do to stem the violence in other parts of the country outside those three provinces, but he did say he had instructed the police to deal “firmly and forcefully” with individuals attacking state institutions, using firearms to “terrorize” citizens or blocking roads and railway lines.