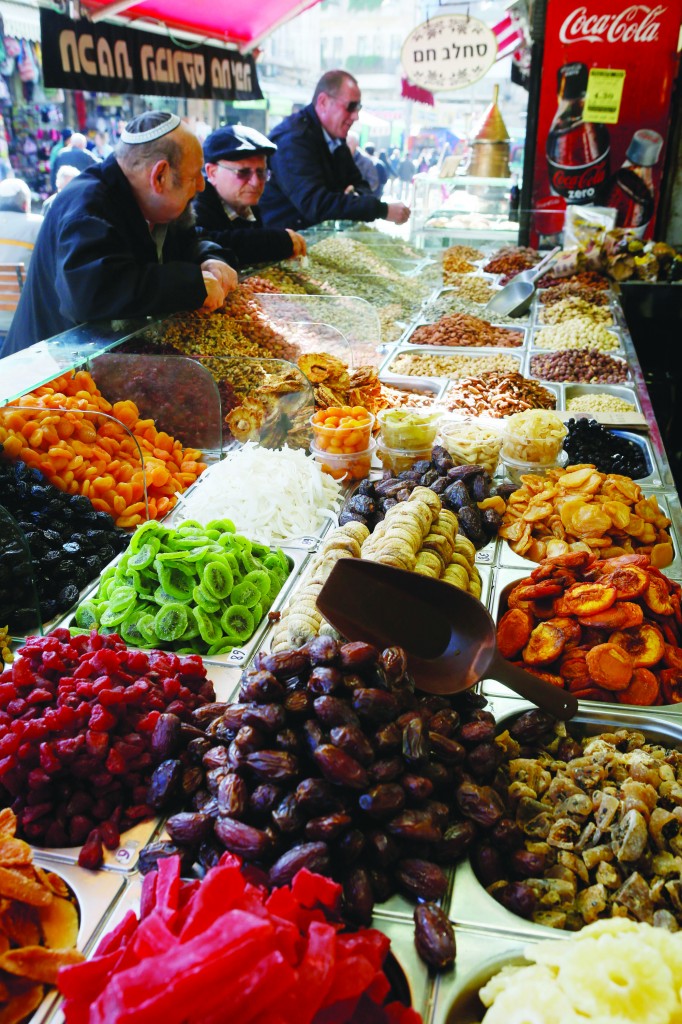 How much does it cost to supply all of Israel with dried fruits for Tu BiShevat?

That’s how much Israelis will spend on dates, apricot, prunes, figs, raisins and other fruits this month, 300 percent above the average, according to the agricultural branch of the Federation of Israeli Chambers of Commerce.

It’s almost enough to fund an election in this country. The government budgeted 246 million for this year’s elections.

In Israel, it’s a national celebration. An estimated 75 percent of all Israeli households are expected to purchase fruits for Tu BiShevat.

“This year, 3- to 4-percent growth is expected in dry fruit in Israeli households,” said Reuven Shlisil, who heads the FICC’s agricultural branch.

But the Ministry of Trade, Industry and Labor has cautioned shoppers to avoid overpaying. Tamar Pinkus, who heads the ministry’s legal department, advised, “Pay attention to what you’re supposed to pay for your purchase, and verify that the weight of the product you’re asking for is the net weight of the product. You’re not required to pay for extras such as packaging without your knowledge,” she said.

A consumer protection law holds merchants who mislead customers about their prices by putting packaging on the scale alongside fruit (among other scams) liable for a fine of  204,400 shekels per violation. The 978 fines against offending businesses could pay for the whole country’s fruit consumption, The Jerusalem Post noted.

Date growers have become a particular beneficiary of Tu BiShevat. While not indigenous to Israel, the date tree has become an increasing source of income for growers here.

Israeli dates may still only make up a very small fraction of the global harvest, but Israelis supply 50 percent of the world’s demand for the Medjool variety, said Buki Glasner, agricultural manager of Hadiklaim, a cooperative for date growers in Israel.

Dates generally grow in Israel along the rift valley from Lake Kinneret (the Sea of Galilee) to the Dead Sea and then to the Red Sea, with harvest time beginning in August in the Dead Sea area and concluding at the onset of November in the Jordan Valley, Glasner said. There are a total of about 11,120 acres of date palm trees, which generated about 31,000 tons of dates, 21,000 of the Medjool variety, in 2012.

The 2012 export figures saw a 20-percent jump over the previous year, according to Glasner, who attributed it largely to the global focus on health and nutrition. Dates provide key elements necessary to a healthy lifestyle, including high nutritional fiber and potassium levels, while remaining sweet and dry without additives.

New research that will soon be released by the Technion-Israel Institute of Technology indicates that consumption of 100 grams of dates daily decreases triglycerides and removes layers of cholesterol from the veins, Glasner added.