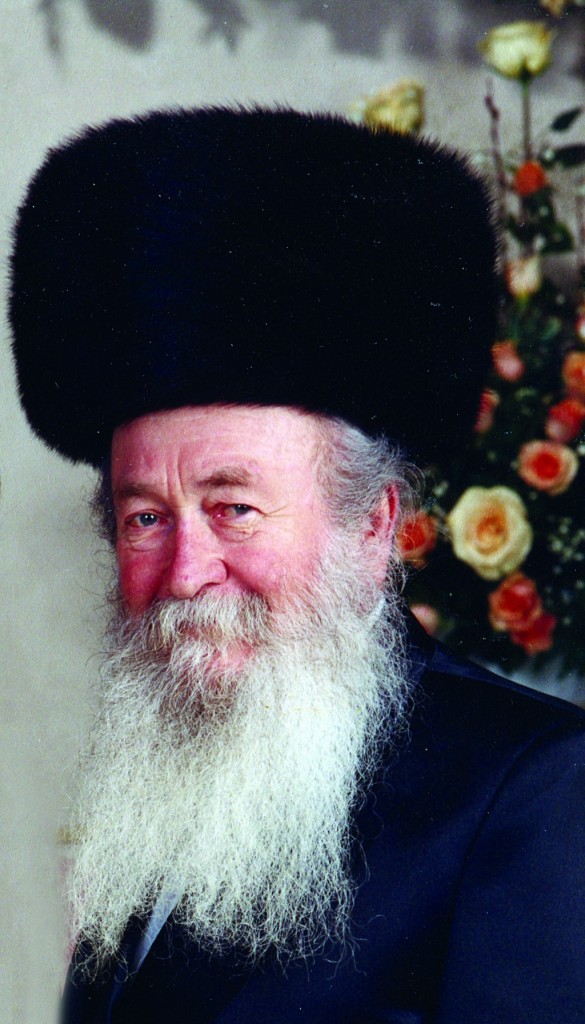 Reb Moshe Shaul Pluczenik, a businessman and philanthropist who made his kevias itim the focus of his day, a devoted chassid to the Rebbes of Ger while living in Poland, Eretz Yisrael and the United States, was niftar on Friday, leaving behind a grieving family and community. He was 84.

“He was a man of very few words,” Harav Yosef Eichenstein, Rosh Yeshivah of Rabbeinu Jacob Joseph and Reb Moshe’s cousin, said, “but whatever he said was on the mark.”

A grandson by marriage recalled how “Reb Moshel,” an abbreviated nickname for Reb Moshe Shaul, was able to relate to peers, children and great-grandchildren of all ages.

“He played with kids like a young father playing with his own child,” the grandson said. “From the way he treated everyone, everybody considered himself the only grandchild.”

Reb Moshel, born in Cracow, Poland, started a successful business after he arrived in the United States 60 years ago. He used his wealth to help build the thriving Gerrer community currently in New York, leading many of its organizations and funding numerous chessed initiatives.

But family members say that while Reb Moshe spent much of his time on his business, it was always clear to them that he considered Torah the most important part of the day. He attended his Daf Yomi shiur well into his golden years, even as sickness and steadily-diminishing eyesight prevented him from many day-to-day activities.

Reb Moshe utilized his travel time on the train to learn or to be maavir sedra. When he made a family simchah, or hosted a sheva brachos, he made sure to invite his maggid shiur at the Gerrer shtiebel and Rabbanim he was close with, seating them at the head table.

“We saw in him a great chashivus for lomdei Torah,” his grandson said.

Reb Moshe was born in 1929. His father was the renowned philanthropist Reb Shmuel Yosef, z”l, a prominent Radomsker chassid and one of the leading askanim in the city, and his mother, Miriam Mirel, was a great-niece of Harav Yitzchak Shmelkes, zt”l, author of Beis Yitzchak and Rav of Lvov.

Although the war broke out when he was 10 years old, the memories of the Chassidic life of his youth and the Gedolei Yisrael who lived in Cracow remained embedded in Reb Moshe’s mind, and he frequently spoke about them.

When the war broke out, the family ran away from the German occupation to eastern Poland, which was occupied by the Russians, who soon exiled them to Siberia and later to the Asian part of the Soviet Union.

Throughout his years in exile, Reb Moshe became close to chassidim and yirei Shamayim, learning Torah and Chassidus from them. During that time he was meshamesh Harav Itzikel of Pshevorsk, zt”l, who drew him very close and treated him with great affection. The Rebbe and Reb Moshe continued an ongoing correspondence over the years, after Reb Moshe moved to the United States.

After the war the family returned to their former home in Poland but did not find a future for Yiddishkeit on the blood-soaked soil. They lived for a few years in Paris, France, finally moving to the United States in 1950.

Reb Moshe arrived together with his parents in New York, where he completed his interrupted Torah education in Yeshiva Torah Vodaath. His new life was disrupted two years later, when Reb Moshe’s father suddenly passed away while davening Shacharis.

Shortly after his marriage, Reb Moshe made the then-arduous journey to Eretz Yisrael, where he made the acquaintance of Harav Yisrael Alter, the Beis Yisrael of Ger, zy”a. Although he stayed in Tel Aviv, he traveled each day to Yerushalayim to daven Minchah with the Rebbe, a two-hour trip in each direction.

This close relationship with Ger continued until his final day.

Reb Moshe was known for his exemplary kibbud eim. His widowed mother came to live in his house, where he and his wife cared for her devotedly. Even in later years, when his mother had to be moved to a nursing home, he learned to drive, despite his age, and went to visit her twice a day, before and after work.

He had set times when he learned in the shtiebel, and even toward the end of his life he was never idle. He was seen learning from a sefer.

In business he was known to be extremely honest and kept his word scrupulously. He was also very careful never to touch even a penny that was not his own.

When Harav Simchah Bunim, the Lev Simchah of Ger, zy”a, established the Ezer Nisuin Beis Yisrael gemach, the Rebbe asked Reb Moshe to serve on the presidium of its U.S. branch and to help expand its activities. For many years, Reb Moshe devoted himself to this cause, investing time and effort modestly and energetically.

In recent years he became ill and grew weaker, but he was always cheerful and his smile never left his face. He continued to maintain his daily schedule as best he could, with the help of his devoted wife and family.

In recent weeks he grew even weaker, and last Thursday night he was hospitalized after suffering a heart attack. He was niftar on Friday in a Manhattan hospital.

The levayah took place on Motzoei Shabbos at Shomrei Hachomos.

The aron arrived in Eretz Yisrael on Sunday afternoon, where the levayah began at the Shamgar Funeral Home in Yerushalayim and then proceeded past the Gerrer beis medrash. Kevurah was on Har Hazeisim. Harav Yitzchok Dovid Alter, shlita, son of the Pnei Menachem, zy”a, was maspid.

Reb Moshe is survived by his wife, Mrs. Sarah Pluczenik, and his sons, Reb Shmuel Yosef, Reb Avraham Abish and Reb Aharon of Yerushalayim, and Reb Dovid Nosson of Ashdod, and his daughter, Mrs. Faige Schorr, as well as grandchildren and great-grandchildren who follow in his path.