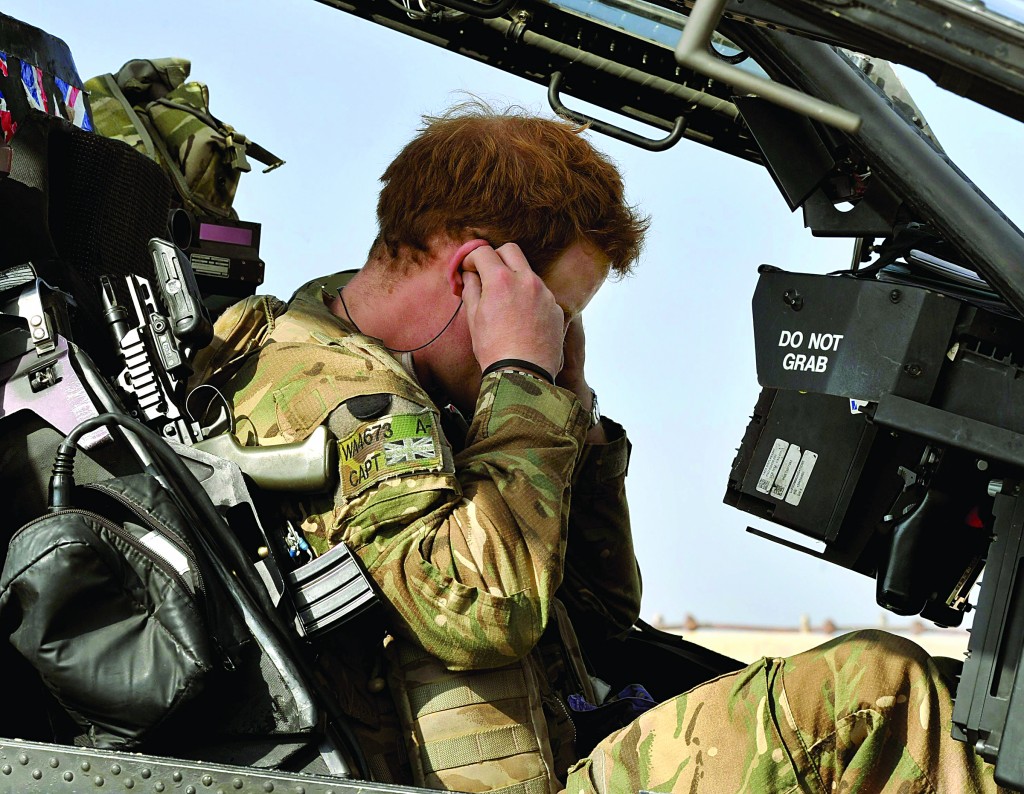 The 28-year-old prince spoke in a pooled interview published late Monday after he was safely out of Afghanistan. He had spent the last 20 weeks deployed as a co-pilot and gunner in a heavily armed Apache attack helicopter.

Asked if he had killed from the cockpit, the third-in-line to the British throne said: “Yeah, so, lots of people have.”

The response was immediate Tuesday: The Daily Mirror tabloid ran a page-one headline “Royal Sensation Harry: I Killed Taliban” along with a photo of Harry in combat gear.

In Parliament on Tuesday, Defense Minister Mark Francois praised Harry, saying the prince should be commended for his bravery.