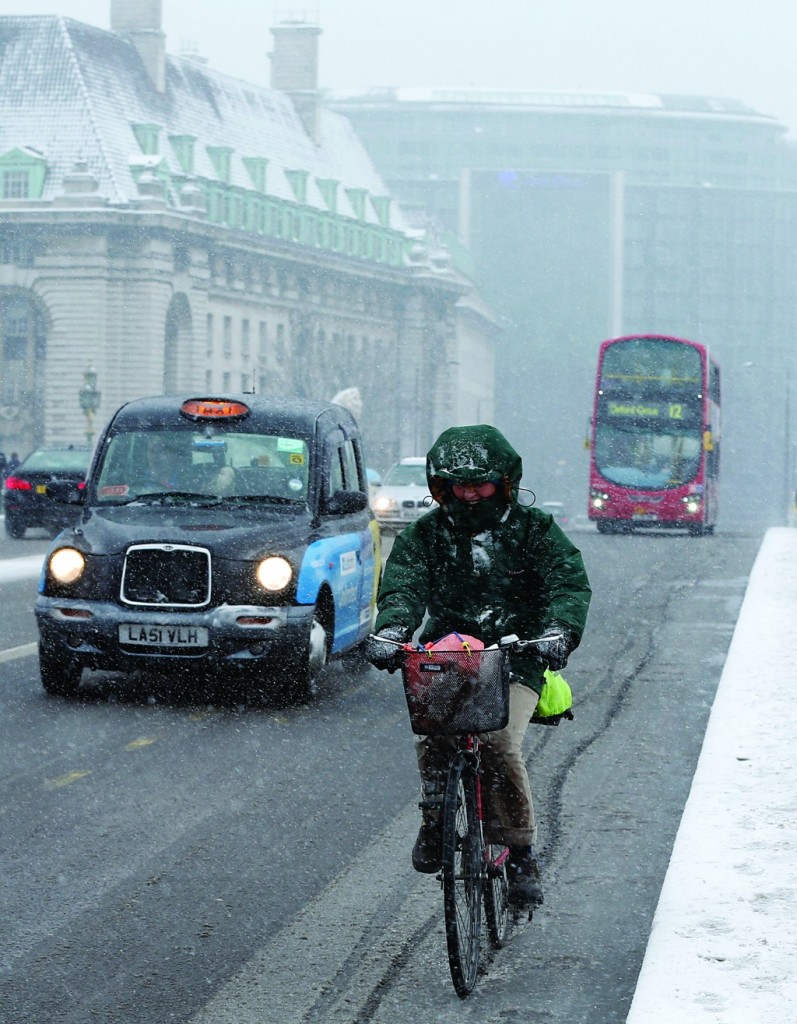 London’s Heathrow Airport canceled a fifth of flights on Sunday and airlines scrapped 40 percent of flights to Paris’s main airports as snow blanketed parts of Europe, with more forecast.

Heathrow Ltd., owned by Spain’s Ferrovial, said the reduced schedule, amounting to around 250 fewer flights, would help it cope with the snowfall without further cancellations.

As snow continued to fall through Sunday, the airport operator said Monday’s flight schedule would be cut by 10 percent. That number could rise, depending on conditions at other European airports, Heathrow said.

Weather forecaster the British Met Office said snow was likely to continue into Monday. As much as eight centimeters was expected in southeast England on Sunday, it said.

On average, some 1,300 flights leave Heathrow daily. The airport, Europe’s busiest, operates at close to full capacity after Britain’s coalition government blocked development of a third runway in 2010.