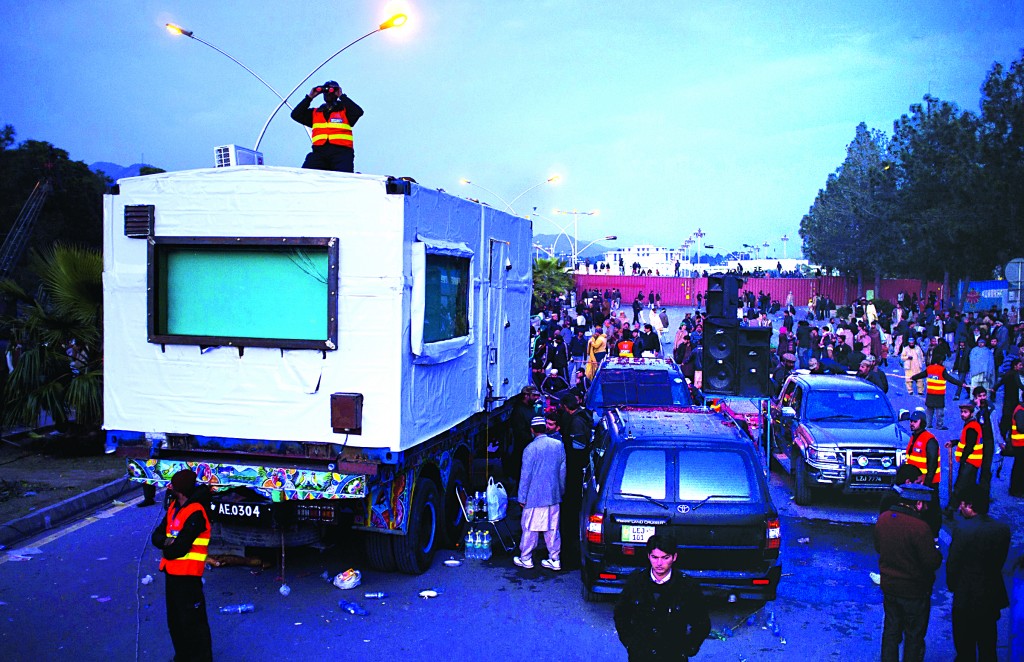 Pakistan’s leaders received a powerful one-two punch Tuesday as the Supreme Court ordered the arrest of the prime minister in a corruption case, and a firebrand cleric led thousands of protesters in a second day of anti-government demonstrations in the capital.

The events set the stage for renewed political crisis in Pakistan, a key U.S. ally in the fight against Islamic terror and efforts to stabilize neighboring Afghanistan. They sparked accusations that Pakistan’s top judge and powerful generals were working to destabilize the government ahead of parliamentary elections expected in the spring, and possibly delay the vote.

The upcoming elections would mark the first time a civilian government completed a full five-year term and transferred power through the ballot box. Past governments have been toppled in military coups or dismissed by presidents allied with top generals.

A coup isn’t expected this time around, but there is widespread unhappiness within the military, judiciary and the public about the government’s performance at a time when the country is plagued by high unemployment, rampant energy shortages and frequent attacks by Islamic terrorists.

Many claim the country’s politicians are more interested in lining their pockets through corrupt dealings than addressing problems facing Pakistani citizens. That perception is likely to be reinforced by the Supreme Court’s order to arrest Prime Minister Raja Pervaiz Ashraf.

The court ruling relates to a case involving private power stations set up to provide electricity to energy-starved Pakistan. The judges are investigating allegations that the bidding process was marred by corruption. Chief Justice Iftikhar Chaudhry ordered the arrest of 16 people involved in the case, including Ashraf, who previously served as minister for water and power, according to a written court order.

“We consider it a judicial coup, and it is part of a greater plan to derail democracy,” Chaudhry said. Many suspect the military is also behind Tahir-ul-Qadri, a 61-year-old cleric who returned from Canada last year and has rocketed to national prominence with a mass movement against Pakistan’s leaders.

He led an estimated 30,000 supporters Tuesday in a second day of protests in Islamabad to press for the removal of the government, which he criticized as corrupt and incompetent. Political leaders condemned his demands as unconstitutional.

It was unclear whether the Supreme Court’s order and Qadri’s rally were connected. But some speculated it was a scripted plan by the chief justice and the cleric to strike at their opponents in the government, with the support of the army.