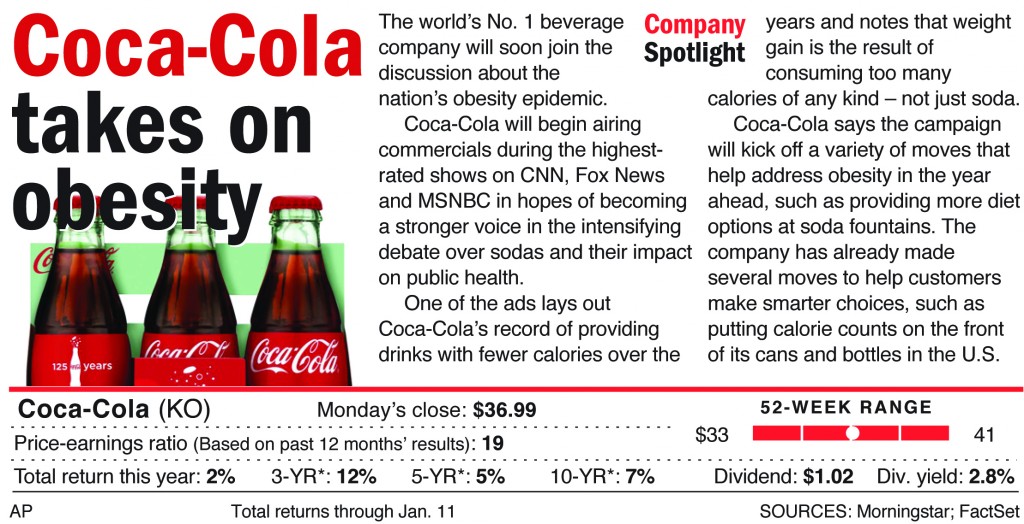 DETROIT (AP) – Toyota has once again dethroned GM as the world’s top-selling automaker.

Both companies saw higher sales, but Toyota’s growth was far larger as it rolled out new versions of popular models like the Camry. GM executives promised sales growth this year, especially in the U.S. Both companies say publicly that they don’t care about who wins, but concede that the crown is an important morale booster for employees.

Investors Exit Stock Funds For 6th Year in a Row

BOSTON (AP) — Investors pulled money from stock mutual funds in 2012 for the sixth year in a row, despite the stock market’s strong performance. Bond funds attracted the most cash since 2009.

The full-year total was the largest since 2008. Since 2007, the year that the stock market hit a historic high, nearly $405 billion has been withdrawn.

JPMorgan Told to Fix Oversight Tied to $6B Loss

WASHINGTON (AP) – JPMorgan Chase & Co. has been ordered to take steps to correct poor risk management that led to a surprise trading loss last year of more than $6 billion.

Federal regulators also on Monday cited the bank for lapses in oversight that allowed the bank to be used for money laundering. JPMorgan, the nation’s largest bank by assets, will not pay a fine under the agreements with the Federal Reserve and the U.S. Comptroller of the Currency. The bank promised to strengthen its policies and procedures to control risk and to screen customers to prevent money laundering.

E-Book Reading on the Rise Among Young People

NEW YORK (AP) — E-books may be catching on with the toughest of customers: young people.

A report commissioned by children’s publisher Scholastic Inc. finds that 46 percent of respondents aged 9-17 had read an e-book as of last year, compared to just 25 percent in 2010. Around half of those who have not read an e-book say they want to do so. But the appeal of paper remains. Around 80 percent of kids who read an e-book still read print books, according to Monday’s report.