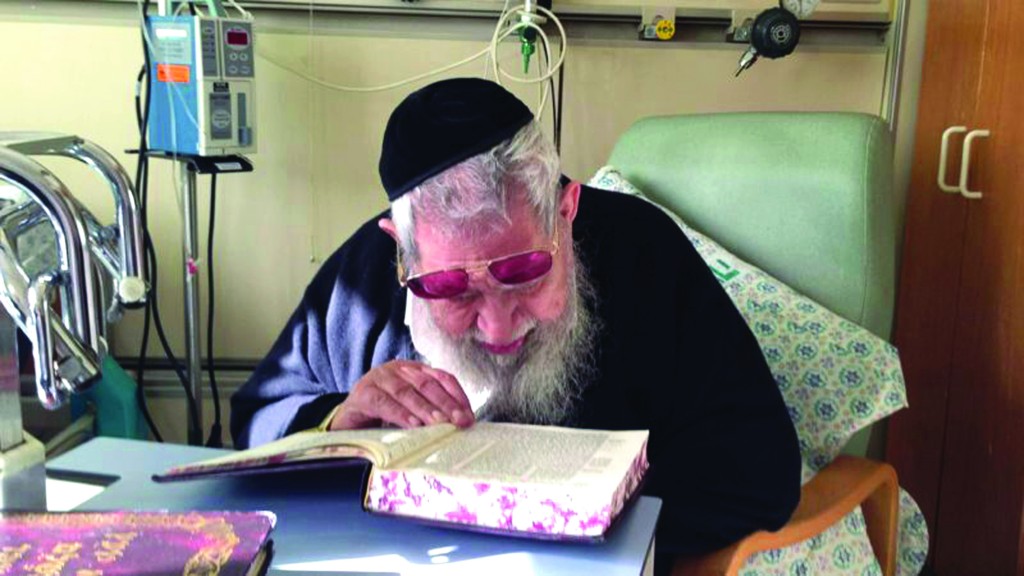 Jewish communities in Israel and abroad were saying Tehillim for Hagaon Harav Ovadia Yosef, shlita, on Motzoei Shabbos after hearing news that he had suffered what was described as a “very mild stroke.”

Hospital director Dr. Yuval Weiss stated that “extensive tests revealed that Rav Yosef experienced a very light stroke. It was decided to keep in him in the hospital for a number of other tests and for rest,” he initially said.

A source close to the Rav informed Hamodia that “on Friday night the Rav felt somewhat weak. He has been going through a difficult period. The issue which is causing him particular concern is that of the threat of recruiting yeshivah students into the military. The Rav has said a number of times that he doesn’t sleep at night due to his fear of what might happen,” he said.

Rav Yosef went to shul on Shabbos morning, but it was apparent that he was not feeling well. A doctor who davened at the minyan examined him and determined that he was undergoing a stroke, and he was taken immediately to the hospital.

His son Harav Yitzchak Yosef delivered  his weekly shiur in his stead on Motzoei Shabbos.

The public is asked to daven for Rav Ovadia ben Georgia.