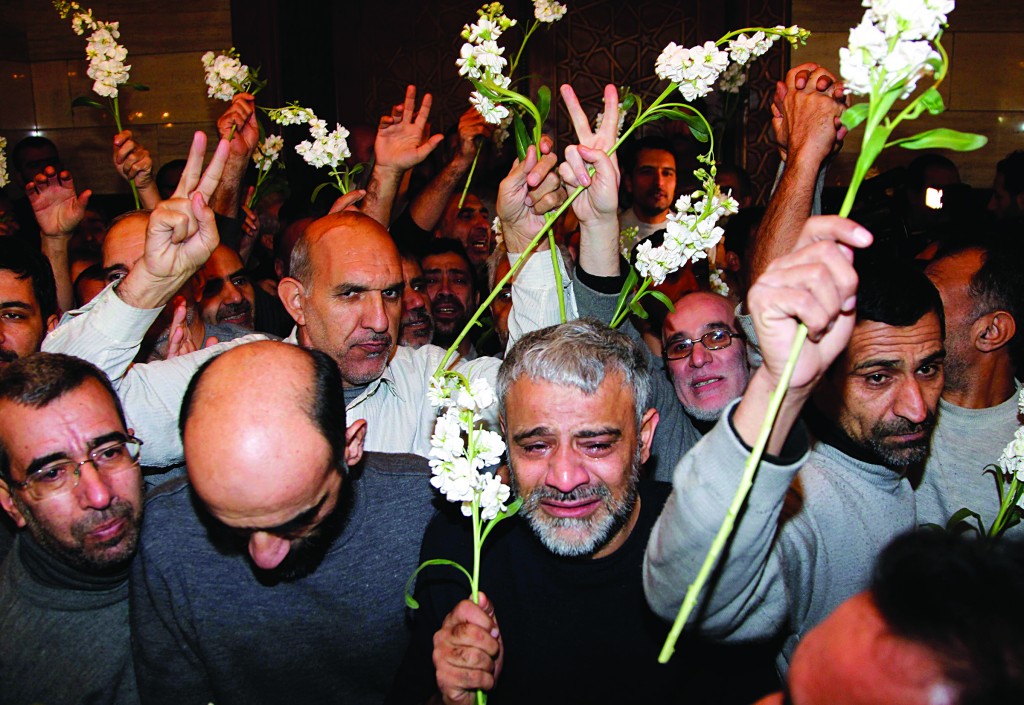 Rebels freed 48 Iranians on Wednesday in exchange for more than 2,000 prisoners, including women and children, held by Syrian authorities — a deal struck after rare negotiations involving regional powers Turkey, Qatar and Iran.

It was the first major prisoner swap since the uprising began against President Bashar Assad nearly 22 months ago.

Iran is one of Assad’s main allies, and the Iranians, who were seized outside Damascus in August, were a major bargaining chip for factions trying to bring down his regime in the civil war that has killed more than 60,000 people.

The exchange also highlighted the plight of tens of thousands of detainees languishing in Syrian prisons, many of whom were picked up at street protests and have not been heard of since.

The group of 48 Iranians arrived Wednesday at the Sheraton hotel in several vans escorted by Syrian security forces. Looking disheveled but healthy, they were greeted by Iran’s ambassador in Damascus, Mohammad Riza Shibani, and several Iranian clerics who distributed a white flower to each of the men, some of whom broke down in tears.

“The conditions placed [by the captives] were difficult, but with much work … we succeeded in securing this release,” Shibani told reporters. “I hope such tragedies will not be repeated.”

He said their release was a result of elaborate and “tough” negotiations, but did not elaborate. The Syrian government, which rarely gives details on security-related matters, had no official comment and it was not clear what prompted the exchange.

Rebels claimed the captives were linked to Iran’s powerful Revolutionary Guard, but Tehran has denied that, saying the men were pilgrims visiting Shiite religious sites in Syria.

But U.S. State Department spokeswoman Victoria Nuland described most of the Iranians as “members of the Iranian Revolutionary Guard,” calling it “just another example of how Iran continues to provide guidance, expertise, personnel, technical capabilities to the Syrian regime.”

The rebels had threatened to kill the captives unless the Assad regime halted military operations against the opposition.

It was not clear what prompted the government to negotiate the exchange, but opposition leaders said the Assad regime felt obligated to please its Iranian backers.